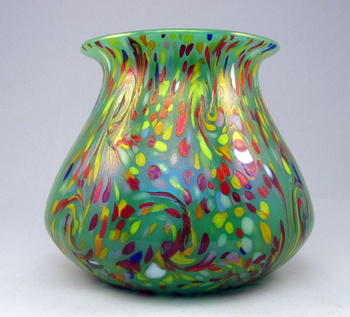 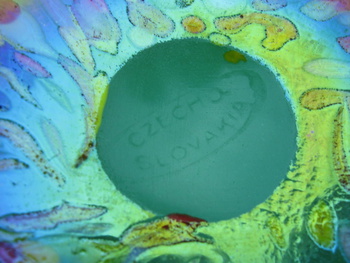 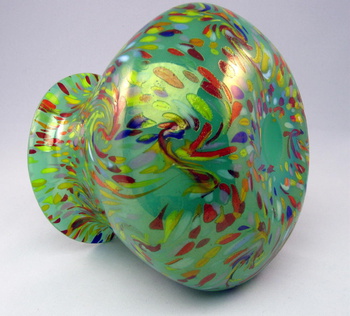 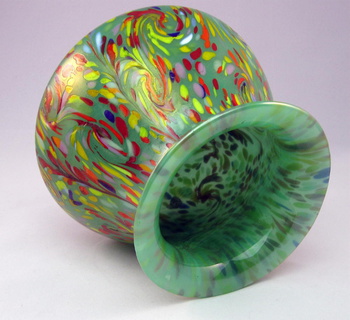 I recently came upon this Loetz Aus. 237 vase, in a size that is about twice what my other one was. It arrived in today's mail and has taken its place on my shelf where my other one used to reside. The previous tenant quickly found a new home and will be well cared-for. These always glow brightly under UV light, though I don't have a bright enough UV light to photograph it. Most of these I have seen have the acid-etched oval mark, as does this one. I have been told that these were also made with a clear ground, though it is supposedly not as nice looking as the green. I located the Production Number in the musterschnitte, it says 1914-15 Series III Prod. Nr. 613/6" Jadegrün A.237.