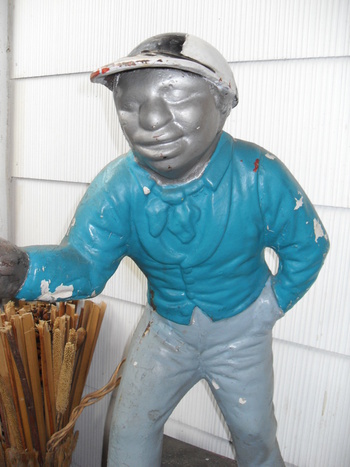 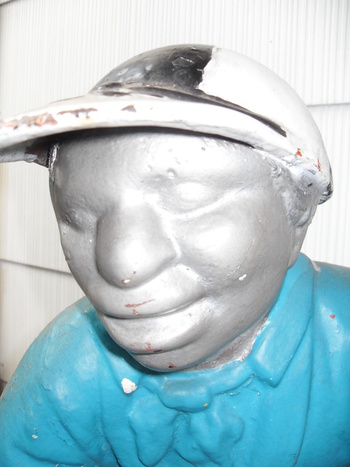 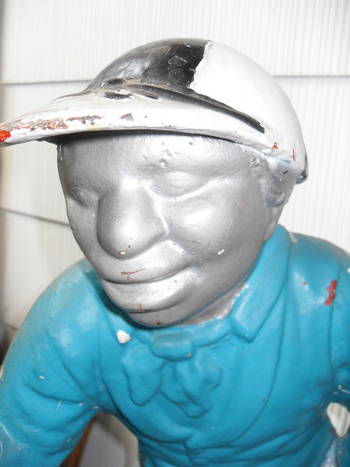 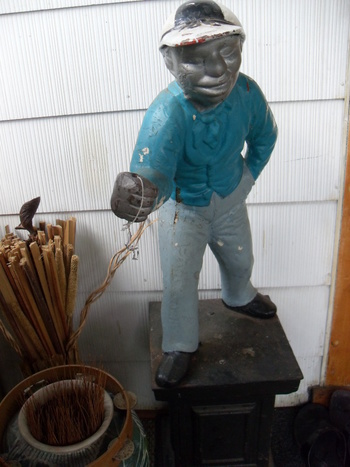 Measuring 36 inches x, 15 inches x 12 inches, the black jockey"s origin came from the prevalence of black jockeys during the early days of American horse racing. For instance, he said, at the first Kentucky Derby in 1875, 13 of the 15 riders were African Americans, and blacks rode the winners of 15 of the first 28 Derby races.
Jacko, as it is so commonly called continues to be shrouded in mystery.
It is believed that modern research methods will eventually unearth hitching posts depicting a “Jocko” type dating from the antebellum period.
In 1963, Earl Koger Jr., an insurance salesman and part-time journalist, published a 32-page pamphlet, “The Legend of Jocko: The Boy Who Inspired George Washington.” It was the story of Jocko Graves, a 12-year-old black boy who died in the service of George Washington on the night Washington and his revolutionary army crossed the Delaware River, an important occasion in American history that led to victory for the colonial forces.

According to the legend, Jocko froze to death while waiting for the colonial forces to cross the river and tending to horses for their use. After the war, so the story goes, Washington had a small statue erected in his memory on the grounds of Mount Vernon.
David Pilgrim, curator of the Jim Crow Museum of Racist Memorabilia, at Ferris State University, in Big Rapids, Mich., argues that there is no consensus on the jockey’s origin. But I do believe that there is a consensus view in African American communities that black lawn jockeys are demeaning relics of a racist past. They may not have started out with a racist meaning – or always had that meaning – but that is the meaning they have today. 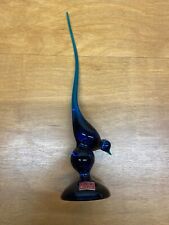 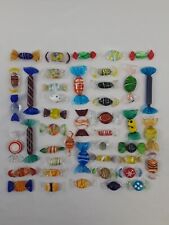 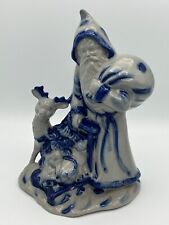