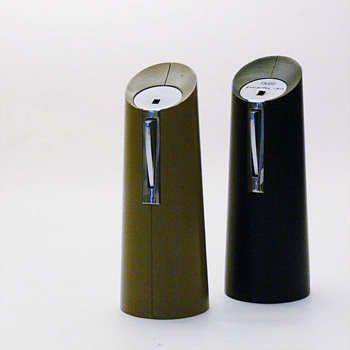 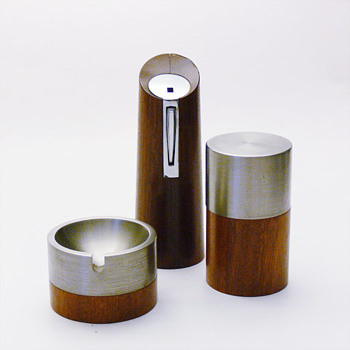 Apart from eight different ashtrays, Ricard contributed to the world of Tobacciana with at least three lighters: PRESIDENT, FLAMAGÁS CAR and MENHIR.

MENHIR is a conical shaped lighter that's easy to grip and becomes a nice decorative item on itself. The original one was made entirely of mrtal although at the end of the 60s it was also made in mbero wood (pic. 2, I already told about it at http://www.collectorsweekly.com/stories/67299-oslo-ashtrays-and-cigarette-box-andr?in=user) to create a wnderful smoker set along with the OSLO cigarette box and ashtray.

As for the colours they were made in I can recall red, white, moss green... and of course black and this sort of warm gray... by the way, this one was a present from a very good friend of Carlos's

Vintage Table Lighter In Black With...
$25