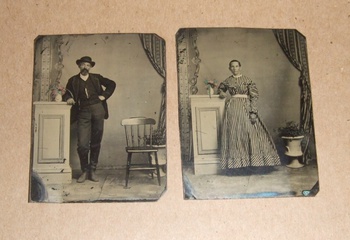 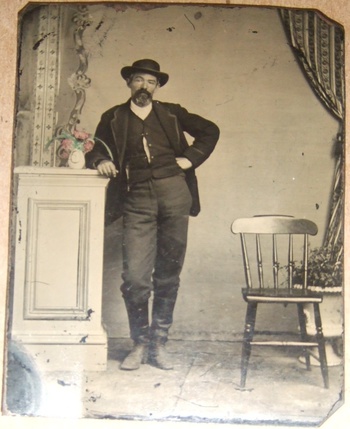 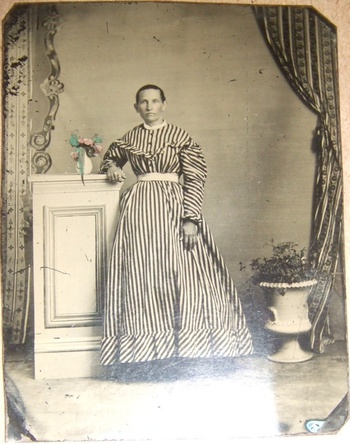 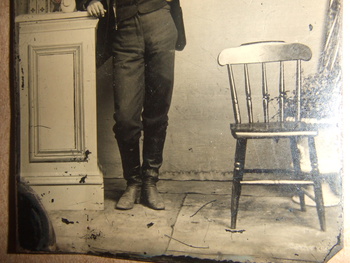 The tinted flowers drew me in on this pair of tintypes that were taken in the 1870s.

I like the way the minimal tinting on a black and white image really makes the colors pop out.

I was intrigued by the movement of objects from one photo to the other.

I'll assume that the man's photograph was taken first-- why he wanted the empty chair I don't know. Did he make the chair? Maybe the wife was supposed to sit in it or was he? Usually in this era the man sits and the woman stands by his side.

Whatever the case, in the photograph of the woman the space for the chair was closed. The pedestal and large floor pot were moved to elminate the space. Additionally, the flower vase on the pedestal faces a different direction.

Little details really make the image, in my opinion!

Reproduction of this photograph in any form without permission is not authorized.