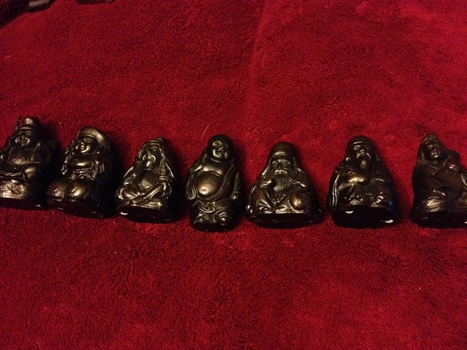 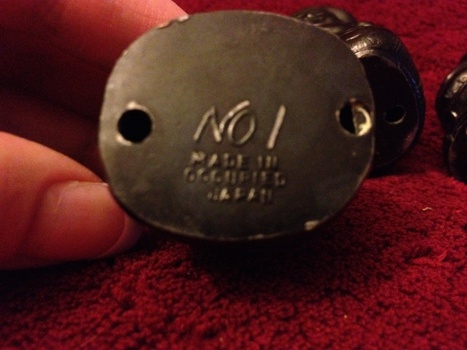 My grandfather brought these home when he returned from the war. Numbered 1-7 on the bottom and the first 2 are marked with made in Occupied Japan. Appear to be bronze