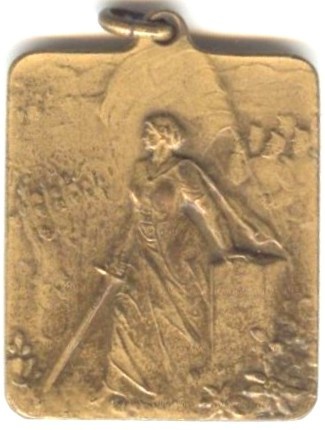 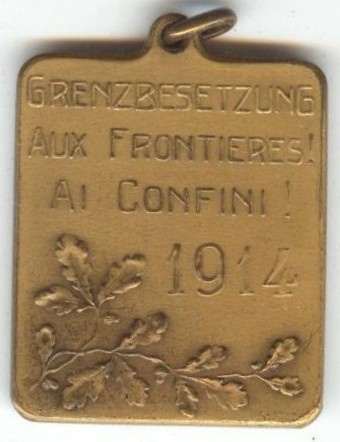 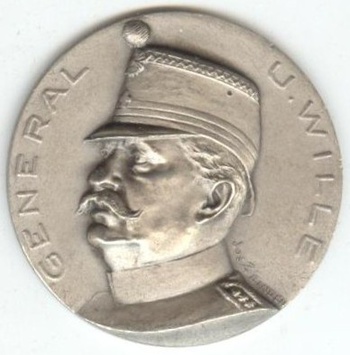 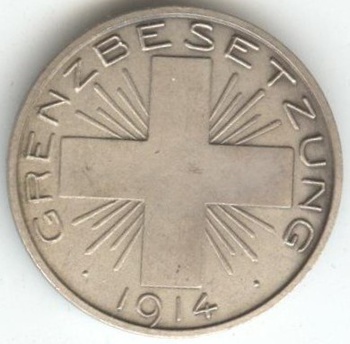 During WWI the Swiss mobilized 238,000 men and 50,000 horses under the command of Gen. Wille. The average soldier served 600 days of active duty. For their service these soldiers could have received any number of three types of medals, none of which were government issued and could not be worn on a uniform. Generic medal types are without any indication of issuer. Such medals were privately produced and sold to the public. Most of these medals were purchased for the soldier by family members. The examples illustrated here show an allegorical figure of Helvetia guarding the border. The second medal is a non-portable medal which does not have any kind of loop or pin and is intended to be a pocket or table medal.
Next will be regionally issued medals and unit medals.