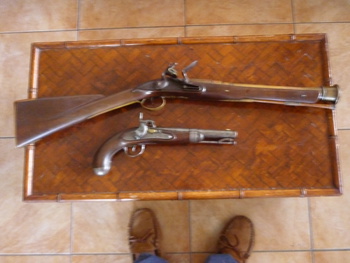 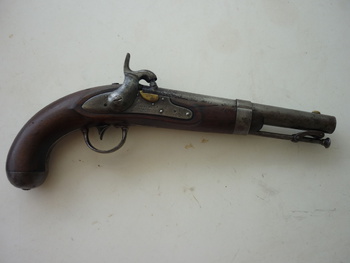 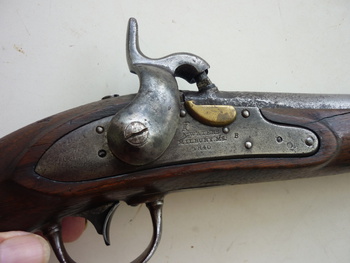 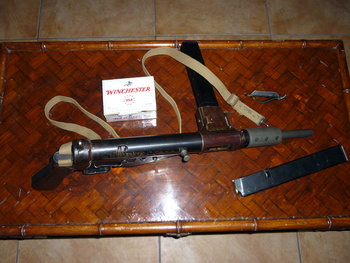 An Asa Waters 1836 Model .54 cal martial pistol dated 1840. It is an arsenal converted flintlock to percussion. In beautiful condition with hardly any pitting & cartouches on stock.
Bought it by accident just trying to learn how to bid on an auction site. Considering devaluation(called inflation by the gov't) of the dollar, it was about 1/5th of 1950's prices!
Well, I got a bullet mold and we took it out and shot it. If you are shooting at something at 5 metres, - aim 1 metre to the right! It's on loan to the dutch musee' until I can figure a way to send it out. Tried to go the legal paperwork route but as usual, it's easier & cheaper from here to smuggle it out.
Last pic is for my ole buddy, Helms. It is probably the "weapon of mass destruction" Bush claimed we were after in Iraq!
PS: I didn't see a category for "imaginary weapons of mass destruction".