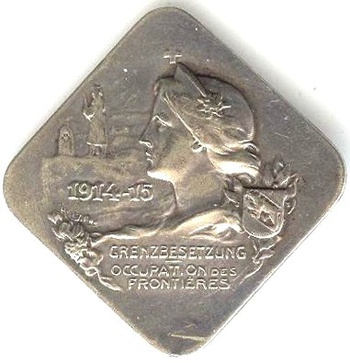 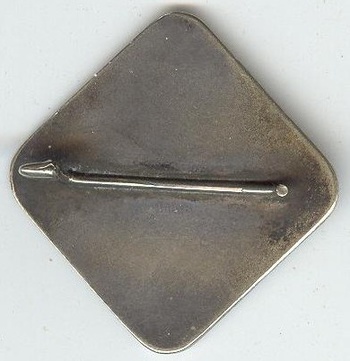 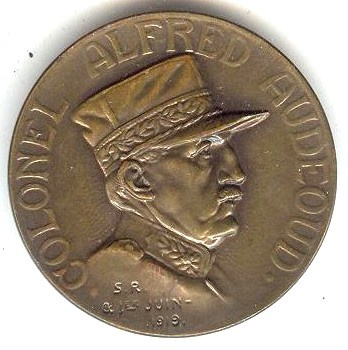 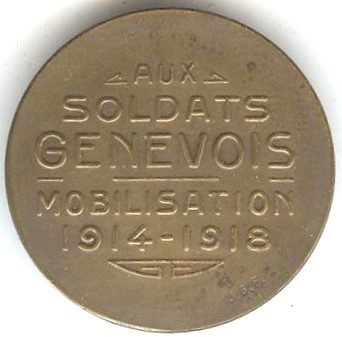 The second type of medal for the Swiss soldier was the local issue usually issued by the various Cantons. Illustrated here is a pin back from Bern with the allegorical portrait of Helvetia and a non-portable medal from Geneva portraying Col. Audeoud, the local commander. The highest rank in the peace time Swiss army is Colonel. The rank of General is awarded by election only in times of national emergency.
Next unit medals.