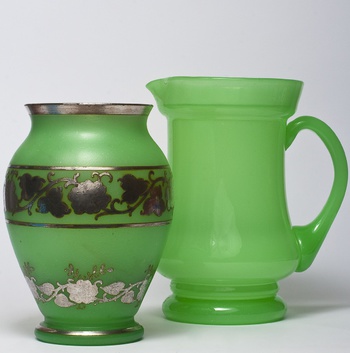 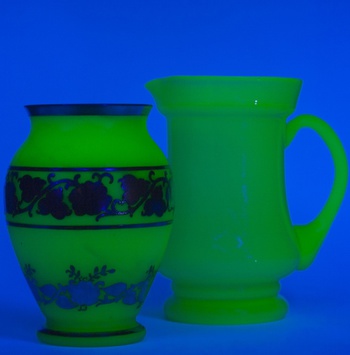 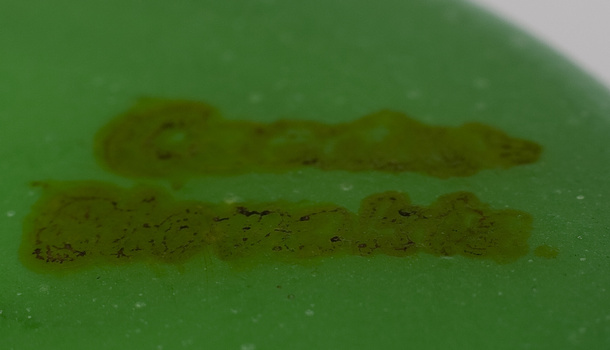 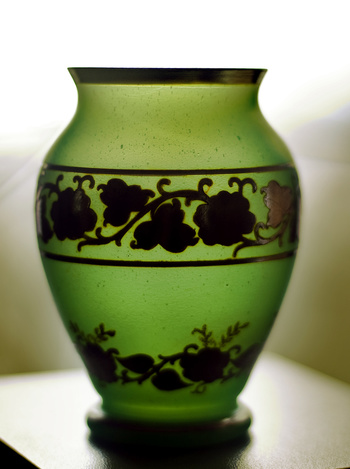 This vase came just today, I was very surprised how similar glass it was to the jug I already had, it is uranium glass which is semitransparent, with small bubbles inside it so it looks like it is matte. The jug actually is glossy, but vase looks like it was dropped in acid and its finish is all wrinkly, what surprised me was the silver overlay, because as I bought it I noticed that it is with relief so I thought it is the fat silver layer kind of silver overlay, but it actually is the thin type and it is raised on portion of the glass which is not affected by acid, I was not familiar with this technique, it looks like some kind of acid etched cameo from silver overlay, did not see that before. It also has stamp saying "Czecho-Slovakia." with a dot in two lines, I do not know if it has association with any known glass maker.

I have no info on jug, I bought it for my kitchen uses because why buy new glass if you can buy old? I liked the color, and found that design is very practical and that it is not the another one of the shelf.