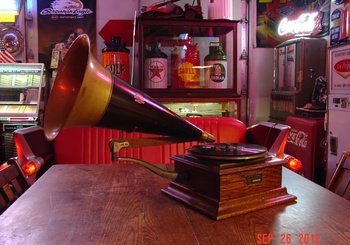 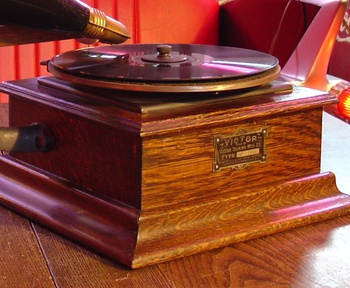 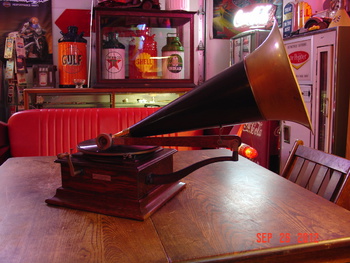 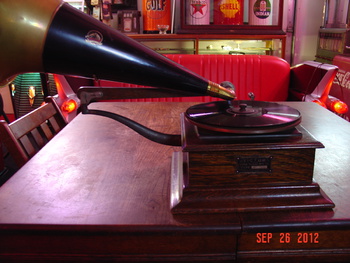 This is a Victor made by Victor Talking Machine Co. Type P serial number 5030. Patented in U.S. and Foreign Countries Camden, New Jersey, U.S.A. There is a name plate on the side that reads W. J. Elliott Danville, Ill..This must have been presented to him as a gift. I've had this for years and it plays just find. You can also see the Victor dog on the horn. The wood and the horn are in excellent shape. It has survived all these years. They really made things to last back in the day. It plays a 10" record. Thers's a Bluebird record on it right now. It's called Saturday Nite- Fox Trot by Alvino Rey and his Orchestra. The Victor Talking Machine Company (1901–1929) was an American corporation, the leading American producer of phonographs and phonograph records and one of the leading phonograph companies in the world at the time. It was headquartered in Camden, New Jersey.