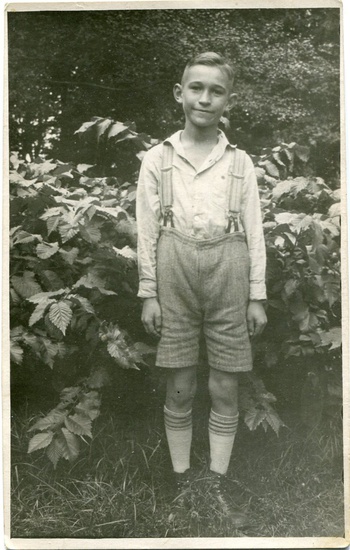 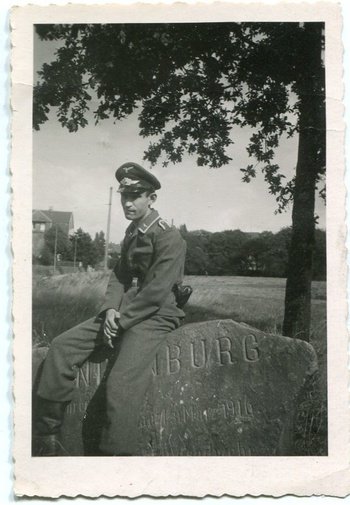 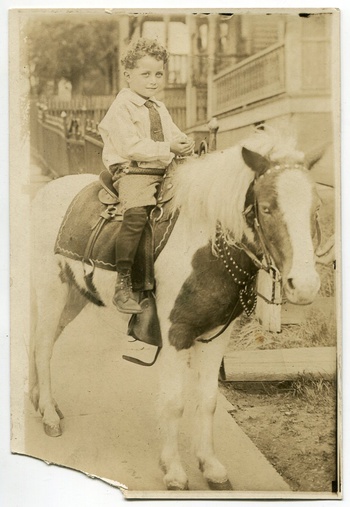 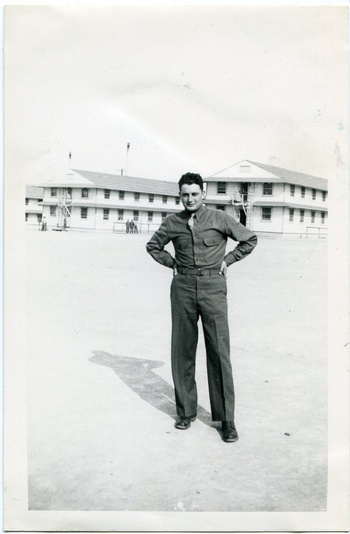 The first two photos are of Fritz Nöllger, as a lad in Germany in 1930, then as military man in 1943. I'm not sure, but his collar pins may indicate that he was in the Luftwaffe.

The next pair of photos are of Robert Baer (Baier) of Wilke-Barre, PA (USA). He is pictured as a child on the pony, and later as a USA soldier. I don't know the Army photo's location, but he was in England during The War.

These are interesting in themselves, but there is more to it. Their families were related, living in Germany & the USA, corresponding via mail through the early part of the 20th Century, through The War, then up through the 50s.

Though enemies on the battlefield, it is comforting that the families did not The War destroy their relationship.

I obtained these, and many other photos, at an auction, at which I was interested in another item, and these were included in that lot. What a lucky find!