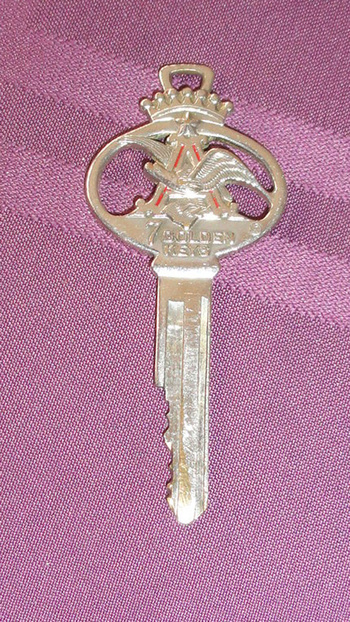 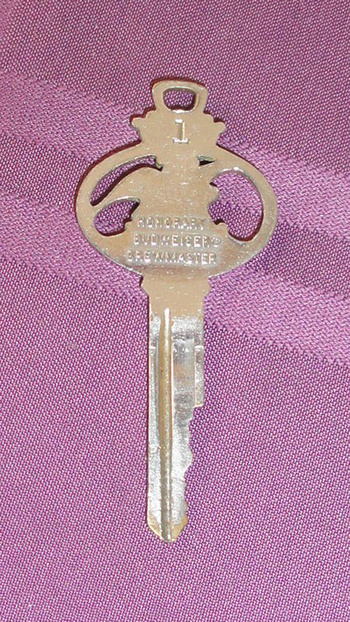 This is a neat key I acquired a while back. It looks like a gift shop item, but it is actually a cut key. I've seen bottle openers with the same writings on them, but this is the only key I've seen like it.

Does anyone know if they make duplicate keys at the Anheuser-Busch brewery giftshops?

The first side has the Anheuser-Busch A and Eagle with a crown of seven points above and "7 GOLDEN KEYS" below on the bow. The second side has a numeral 1 stamped near the top of the bow and "HONORARY BUDWEISER BREWMASTER" near the bottom of the bow. The numeral 1 appears to be stamped on rather than originally coined.