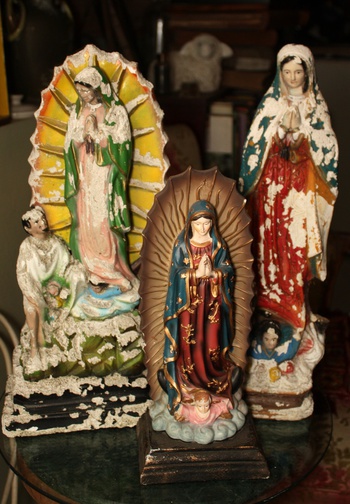 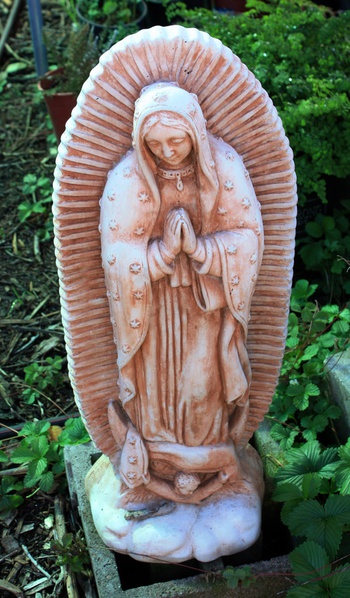 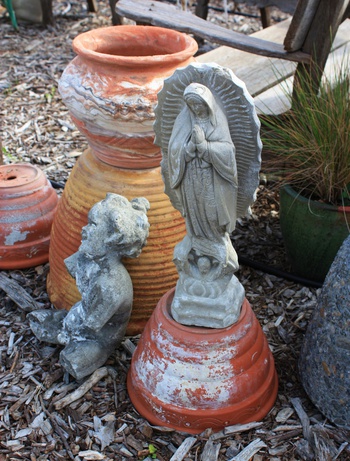 Here are some old chalkware Virgenes de Guadalupe - one w/ Juan Diego and his bag. I've been fascinated w/ religious iconography in different cultures and la Virgen is one of my favorite images. it is the most 'charged' icon in latin america and symbolizes hope, beauty, miracles, love, and faith for the common people in mexico. the image appeared to a poor indian man named Juan Diego in the mountains near Tepeyac - close to Mexico City. The symbol remains very popular amongst the people of Aztec descent who called her Tonantzin - or Earth Mother for centuries after her appearance in the 1530s.