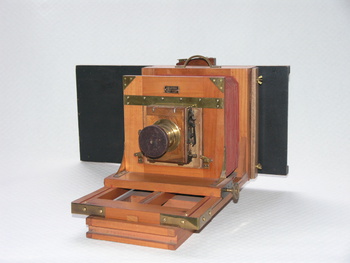 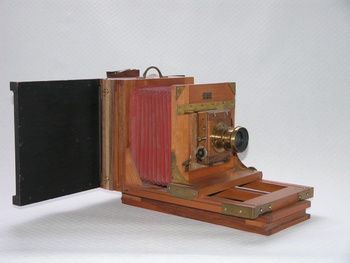 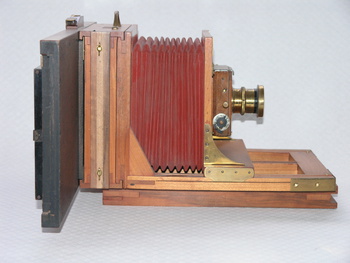 Demaria-Lapierre.| Nameless.| 1880s. |French Studio Camera.| Half Plate.|
Catalogue No. 0110.
A French camera, not included in my list of British makers. Demaria-Lapierre was a distinct firm, with no connection to J. Demaria of Paris. This was sold to me as a camera in my very early days as a collector, but knowing what I know now, I suspect strongly that it began life as a magic lantern and was converted before I bought it. It is beautiful though!