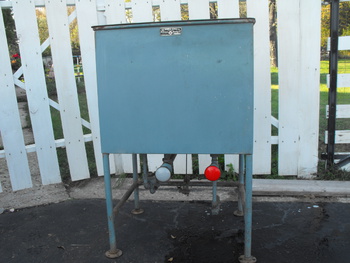 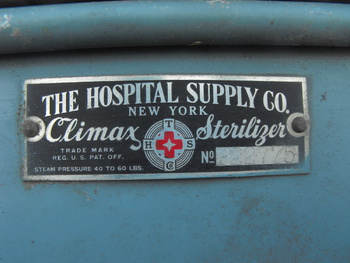 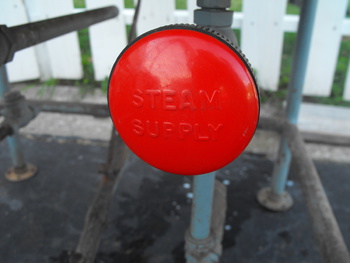 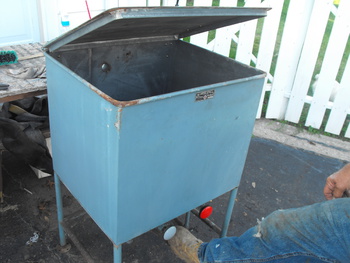 This sterilizer was recently found in the hay loft of my Grandfathers old horse barn, still crated and unused. Unfortunatly both the crate and the barn have large enough openings to allow water to penetrate, so causing a good amount of corrosion on the outside. The inside is in pretty good shape as are the attachments that were packed inside.
I am posting this as an "unsolved mystery" because I would like to know some history on this machine. I have tried to find info on the manufacturer (The Hospital Supply Co. New York), but with no luck. I would also like to know when in time these were used, and the approximate value.
What I do know-
Grandad was a surgeon. He began his practice in the late 1930's or early 1940's. He actually opened a hospital around that time in a large two story country home, ( the kind where the porch runs all the way around the entire house). From there, a few years later the County had built a new hospital where he was able to work from more efficiently. He retired in about 1990 and passed away in 1999.
My big question is why this sterilizer was stored up in the hay loft, brand new, and when was it put there? I am 55 years old and I remember boxes and things stored up in the loft when I used to crawl around up there to play. I can't remember anything specific up there...just hay and wooden boxes.
Anyone who might know about these "Climax Sterilizers", your questions and information is welcome.
Thank you- NESHGS