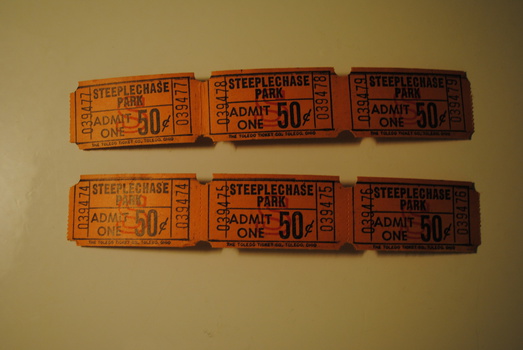 This is a set of 6 tickets for Steeplechase Park. Steeplechase Park was an amusement park in Coney Island that opened in 1897.. It had to be rebuilt after a fire in 1907 and experienced smaller scale fires in 1936 and 1939. It closed in 1964 after a decline in patronage. I have no concept of what period these tickets are from, but my guess is towards the end.