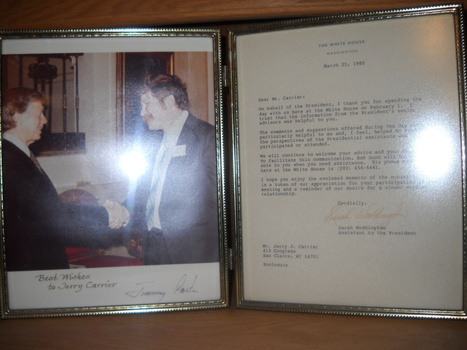 My father was a delegate at the 1980 Democratic National Convention. A few months later he was invited to the White House by White House officials as a thank you and to discuss different topics over lunch. They were all surprised when the President walked in. He sat and talked with them for a bit and then they all had their picture taken with him. It was later mailed to them, signed, along with a signed thank you letter from Sarah Weddington, who at the time, was an assistant to the president. She is better known for arguing on behalf of "Roe" on Roe vs Wade.