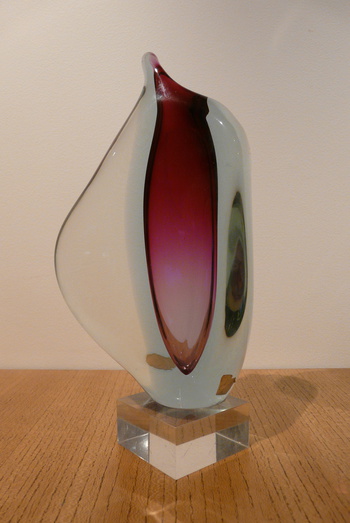 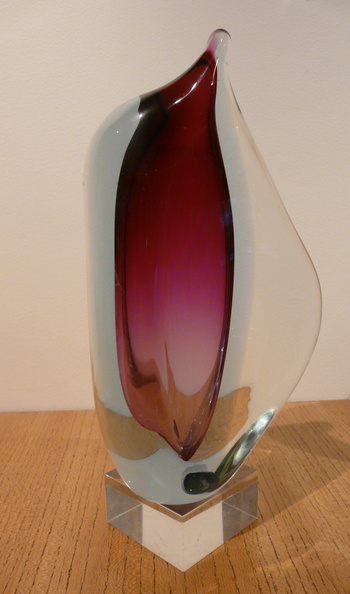 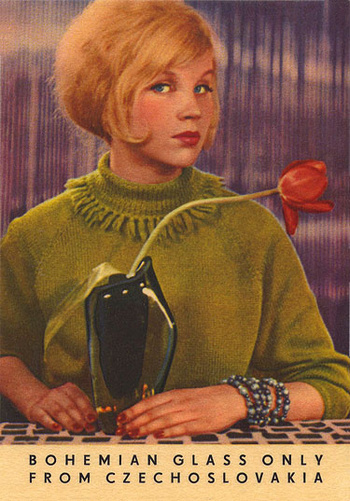 For some reason or another I seem to be collecting Skrdlovice glass from 1959. This vase has its own little tale to tell. Ten days ago I was talking to Ozmarty about the Collector's Fair held here in Sydney and he sent me a most interesting site about Czech design. In that site I found a 'haunting" postcard that had attracted Marty's attention too. It was a photo of an attractive young girl with a solifleur vase and a tulip.

We chatted about possible makers. Beranek, Klinger. Finally I found out about its being by Maria Stáhlíková and dated from 1958. Not 1968 as suggested in the postcard.

Souped up with the data, the next day I went to the Collector's Fair and voilà! It was not cheap but serendipity rules. I'm still not sure if it is 1958 or 1959. But it looks like they were aware of Finnish design in Czechoslovakia in the fifties. The Russian connection? The Milan Triennale? If you can't afford the $20,000+ for a Sarpaneva Lansetti I or II from 1952, then there is Maria S.