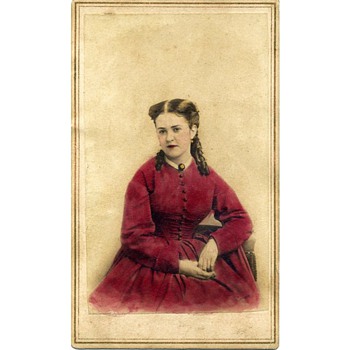 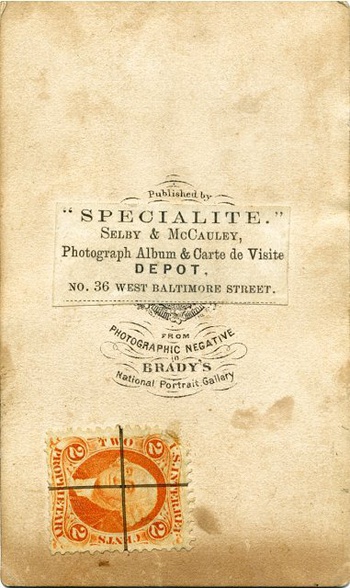 This mid-1860s CDV caught my eye for a couple reasons. First, the amazing hand tinting of the woman produced a vibrantly colored scarlet dress. Next, the image comes from “Brady’s National Portrait Gallery” and includes a canceled 2-cent tax stamp (proprietary series) on the verso. Mathew Brady is best known for making portraits of celebrities and documenting the American Civil War. Cameras attributed to his studios are highly coveted by collectors - unfortunately I don't have a Brady camera.

Could it be that the woman in this picture was someone notable?

Update (2016-06-09) ... Wow ... CW'ers are amazing and after 4 years posted in S&T the woman in this CDV is now identified as Miss Madelaine Henriques, a well known actress in the 1860s. Huge thanks go out to Celiene in putting a name to the image which answers my original question if the woman was someone notable. Lots of informative links appear below.