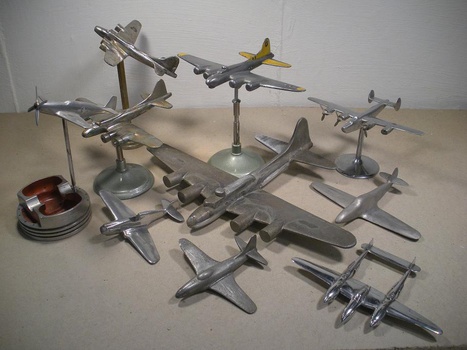 These are all WW2 period aluminum cast models most being 1/72 scale which was standardized by the US Navy based on the RAF requirements. I suspect some of these are sand-cast at forges handling 8th AAF needs in the UK. Others were cast by small British smelters who would make models if for 8th AAF servicremen if they would provid the needed aluminum. The metal was readily available as those airplanes that were damaged in battle and "alighted with difficulty" at their base were relegated as hangar queens. Those airplanes provided many parts to keep others flying. There was plenty of scarp aluminum to sconge to mold a model.