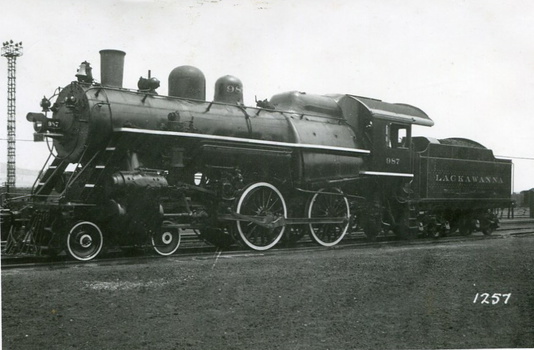 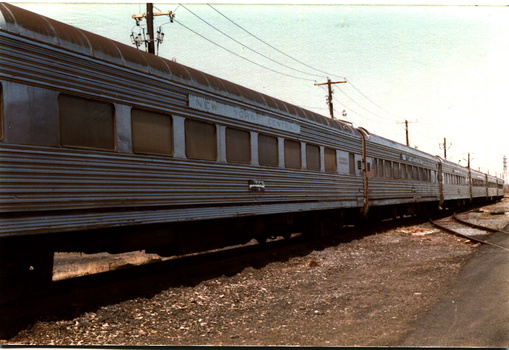 The first photo is dated Scranton, PA, 7/25/37. I think that this model was originally a Camelback, which was rebuilt into its pictured form by the DL&W shops.

Though this beauty has long been turned into other metal items, the light tower and a few more like it, still exists, and illuminates The Steamtown yards.

The second item was photographed on the former Lehigh Valley tracks in Wilkes-Barre, PA in April, 1983. From the white lines through the car numbers, it looks like these streamlined cars were destined for either the scrap heap, or to another owner.

These New York Central marked cars, also have what may be a Penn Central logo stenciled near the car ends.