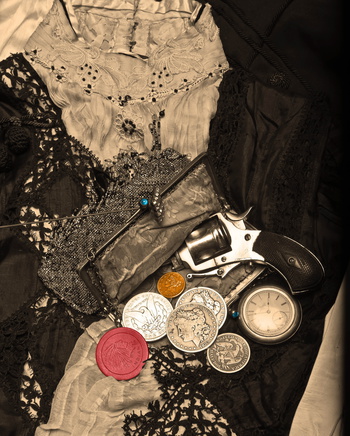 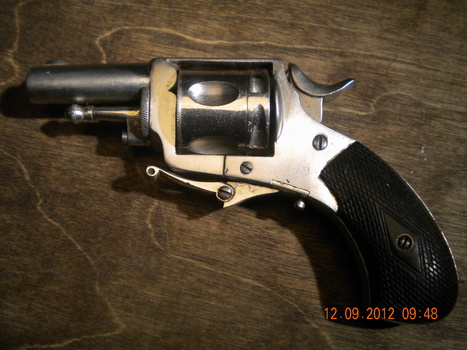 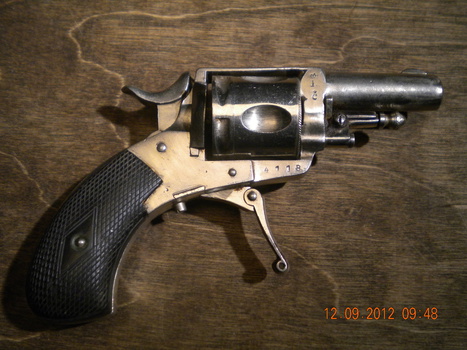 This late 19 century French Bicyclists revolver received its name do to it targeted buyers (so to speak) The Bicyclists of France to use to ward off dogs who were chasing the bicyclist in their use of the French roads. Time were different and the shooting of a dog off hand was not illegal at the time. The manufactures of the inexpensive revolvers started shipping their product to the United Stated where their were used for a different purpose. Ofter called a belly or pocket pistol in the U.S. it found it way into the underworld used by gamblers, robbers, Ladies of the night and others who might need an inexpensive gun for anyone of a number of reasons. This Revolver has never been shot and is still has it barrel and cylinder packed in grease. While held very low on the gun collector list, these guns were very much a part of the American West. I have displayed it ability to be concealed in a purse of the same period. This model has a common folding trigger which made it easy to slip into ones pocket or purse. Thank God that shooting Dogs has stopped. Today a gun like this has the name of Saturday Night Special.