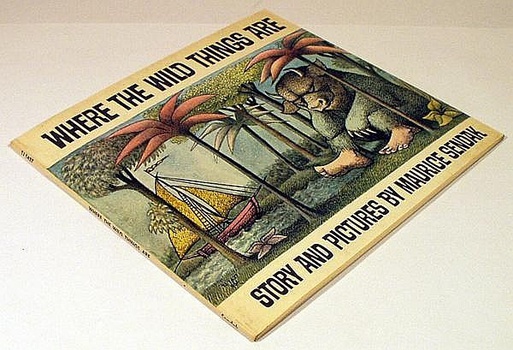 Maurice Bernard Sendak (June 10, 1928) is an American writer and illustrator of children's literature. He grew up in Brooklyn, the child of Polish immigrants, and worked as an illustrator of comics before getting work as an illustrator of other authors' books. After a brief stint as a window decorator for toy store F.A.O. Schwartz, Sendak turned to illustrating children's books full-time. He is best known for his book "Where the Wild Things Are," published in 1963. Sendak gained international acclaim after writing and illustrating "Where the Wild Things Are," although the book's depictions of fanged monsters concerned some parents when it was first released.
As parts of Sendak's books are inspired by the author/illustrator's personal memories, so the monsters in "Where the Wild Things Are" were inspired by the artist's hated Brooklyn relatives. "I wanted the wild things to be frightening," Sendak remarked in "The Art of Maurice Sendak." "But why? It was probably at this point that I remembered how I detested my Brooklyn relatives as a small child.... They'd lean way over with their bad teeth and hairy noses, and say something threatening like 'You're so cute I could eat you up.' And I knew if my mother didn't hurry up with the cooking, they probably would."
Whereas illustrators look to create pictures from images and styles that influence them, Sendak the artist is unique as he adapts and blends these inspirations into his own forms which take on a vitality rather than shadow the work of others. From the spiritual mysticism of William Blake, the romantic artistry of Samuel Palmer and Philip Otto Runge, the Victorian ideals of Arthur Hughes and Randolph Caldecott, to the bold lines of William Nicholson and the delicate hues of Beatrix Potter, all these mix within Sendak's palette to present a world of new excitement where his Wild Thing creatures represent imaginary play-friends to the child in all of us.

Reflecting the view of many, critic John Rowe Townsend, in his "Written for Children: An Outline of English-Language Children's Literature," dubbed Sendak "the greatest creator of picture books in the hundred-odd years' history of the form."