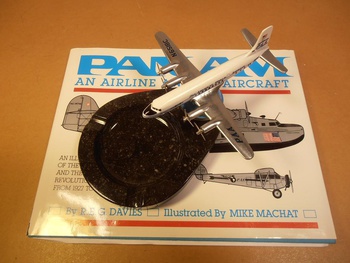 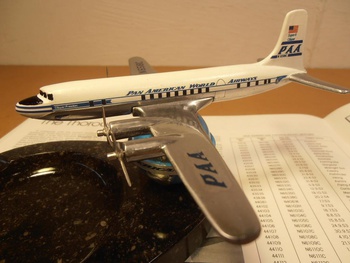 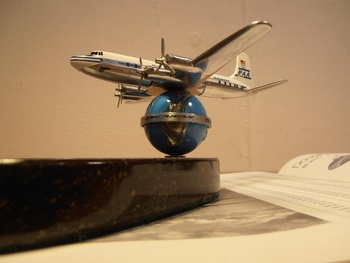 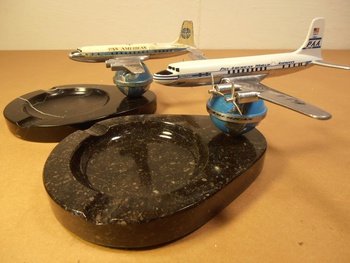 Here's one of the elusive PAN AM Ashtrays that was manufactured for Pan Am Airlines as gifts to special clients, for use at Pan Am airport lounges and for Travel Agencies. Though not particularly high-tech, these did perform yeoman duty as neat advertisers for Pan AM. The one shown was overhauled this year but only after some critical bits of information were discovered. 1) What was written around the equator of the Globe? Answer- "PAN AM - Round the World Airline". 2) What livery scheme was used? Answer- Both the 1940's and later 1950's schemes were used which means these were produced for about 15 years. 3) Were there Plastic Propeller Disks on the engines? Answer- YES, originally these came with disks but some were produced with small propellers as well.