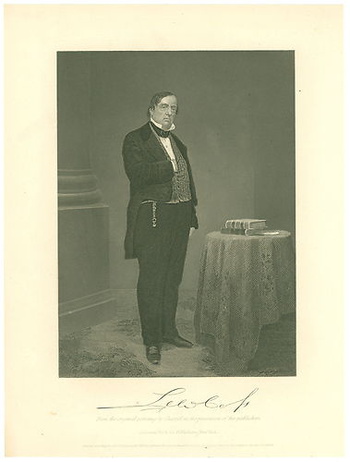 This is an 1862 print photo of Lewis Cass. It's a neat piece of Michigan's history. I love old Michigan politicians.

Lewis Cass was a lawyer and US Senator from Michigan. He was the second territorial governor of Michigan, Secretary of War to president Jackson, Secretary of State to president Buchanan, Brigadier General during the War of 1812, plus countless other duties he had in his lifetime. He was a founding member of the Michigan Masonic Lodge, being the first Grand Master of the Grand Lodge of Michigan.