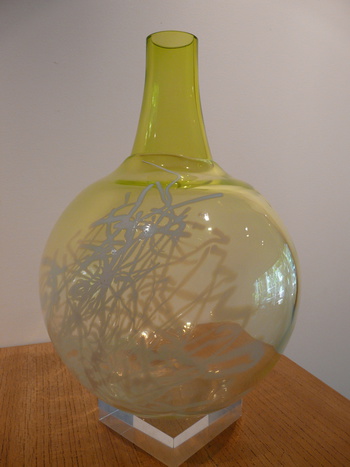 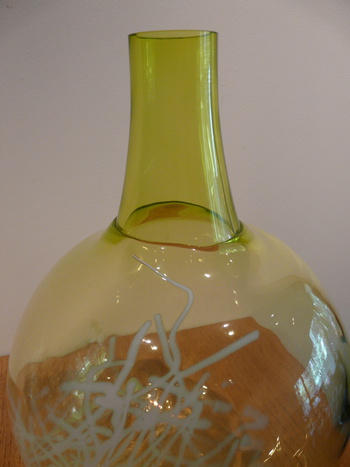 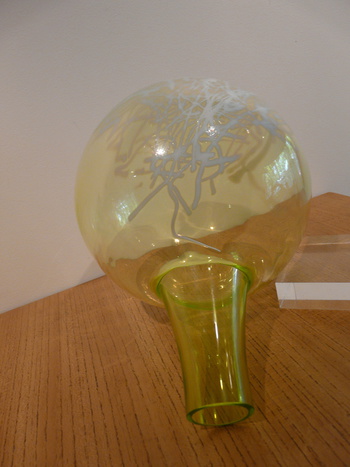 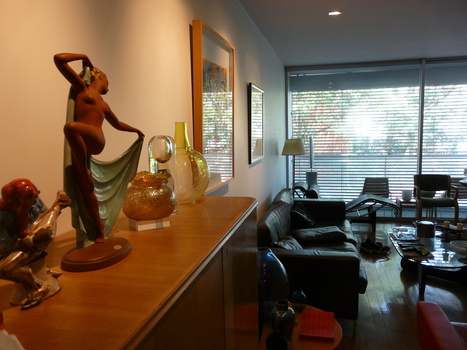 My last pick for the year! It came home from the Salvo's two days ago. Stuff from 2005 is already being discarded. It's a big double dipped bubble production piece that has just been remaindered. It was available in four colours. This is the lime green version.

"Gunnel Sahlin was born in Umeå into a large family. Inspired by her mother she became early in life interested in crafts and especially in textile. In the mid 1970´s she started a training course in weaving and also did a one year foundation course at Nyckelviksskolan in Stockholm. In 1980 she was accepted as a student at the textile department of Konstfack College of Design in Stockholm where she studied for four years. When exhibiting in the colleges annual spring show she got her first design commissions for NK, Duro and Steps.

In 1984 Gunnel Sahlin moved to New York where she worked as a design assistant for two years for Katja of Sweden. Without any previous experience of glass she was then recruited by Kosta Boda in 1986 where she worked for 20 years. For Kosta Boda she designed the series Amazon, Marrakesh, Joy and Zanzibar, all of whom received the award Utmärkt Svensk Form (Excellent Swedish Design). In 1996 she was commissioned to design a bottle for Svenskt Brännvin. In 1999 she became professor of the Ceramics and Glass department at Konstfack College of Design in Stockholm. Today she is working for Ikea and Artex.

In the 1980´s her design was focused on surface patterns and contrasting colour. Foreign places, odd details and strange objects is an inspirational source for the designs of Gunnel Sahlin. Her sense of colour and appreciation of large organic shapes has added a poetic playfulness to Swedish glass art and design."

Like the fireworks soon to be seen on Sydney Harbour ushering in the New Year!