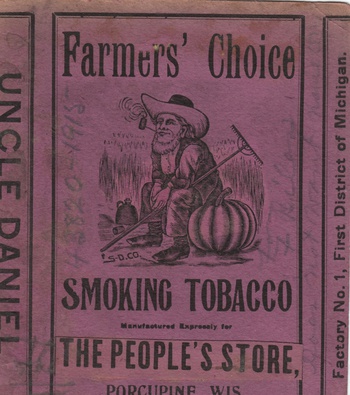 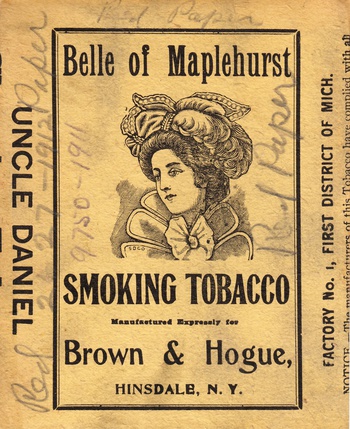 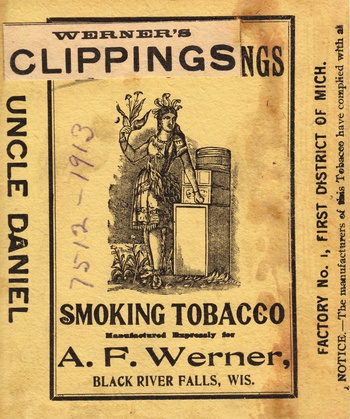 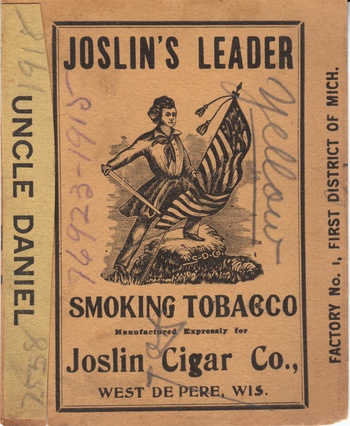 Early tobacco printing "mock-ups" on manila paper for the Uncle Daniel company in Detroit, Michigan. The engravings are fragile, as manila paper tends to eat itself. It is usually given to children for drawings, but in this case it was used, apparently, to draw up snazzy graphics to market carcinogenic dried weeds to unsuspecting, ill-informed and trusting naives...not that Uncle Daniel knew, of course. The tobacco companies didn't start obfuscating what their product did to people until much later.

Daniel was Daniel Scotten. He was the uncle of Oren Scotten, a precocious young man who entered the tobacco business at sixteen years of age. By the age of twenty-five, he owned the whole show. The American Tobacco Company bought him out eventually, making young Oren a millionaire and major land owner in Detroit. Scotten, who passed away in 1906, is now buried, it is fair to say, along with each and every single one of his customers.

Mr. Scotten, who was not required to place warning labels on his lethal product, was a highly regarded businessman. He was an Elk, the fire commissioner for a time, an art collector, an avid hunter and although you won't see him reported as such, a murderer.