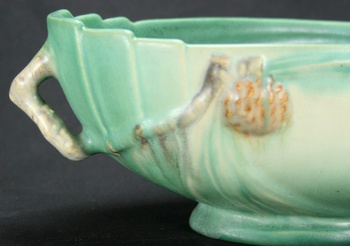 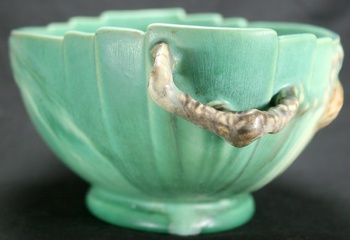 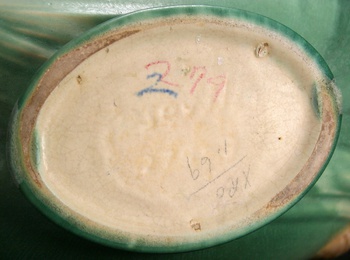 This is an original vintage Roseville Art Pottery bowl with the "Pine Cone" pattern. It is mold number 279-9. They made these in the colors green, brown, & blue.

Roseville pottery introduced the Pinecone line in the mid-1930's. They made over 150 shapes in the 3 colors. Pinecone became the most successful & highest volume pattern produced during the existence of Roseville pottery. History records that the Pine Cone line alone was responsible for the survival of Roseville through the dark days of the latter 1930s. World War II led to production changes for Roseville pottery. During this period Roseville introduced such patterns as Fuchsia, Cosmos, Columbine, White Rose, Bittersweet, & Zephyr Lily. While these patterns were still the best quality art pottery in the market at the time, it was not enough to save the company. In a final effort to reclaim past glory, Roseville reintroduced the Pine Cone line in 1953. It was designated as Pine Cone Modern. Despite it's immediate success, it was not able to save the company. Roseville Pottery regrettably ceased operations in 1954. 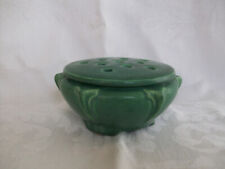 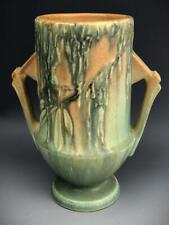 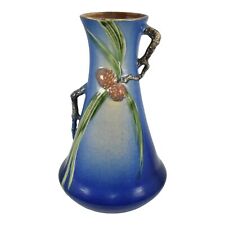 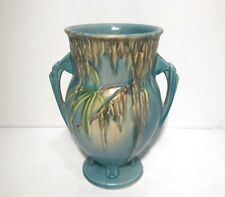