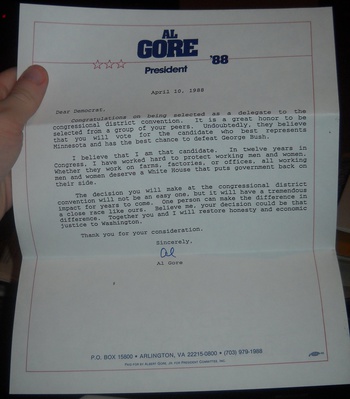 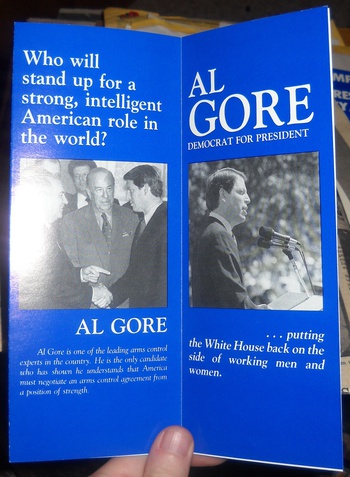 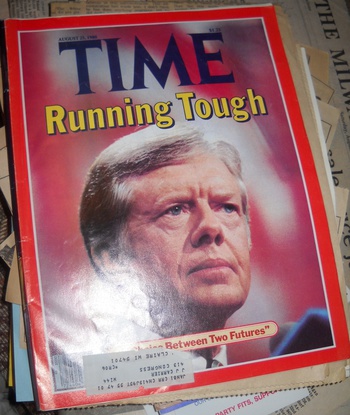 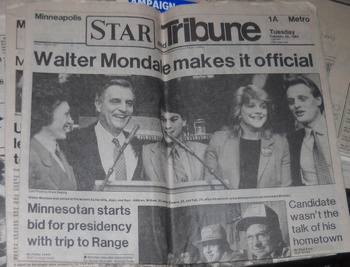 Few people seem to remember that Al Gore ran for president originally back in 1988. The first two photos are from that campaign. The third photo is a Time Magazine from 1980, detailing the long campaign trail of Jimmy Carter. The third is the front page of the Minneapolis Star Tribune from 1983 when Walter Mondale announced that he would be running for President in 1984.

Letterheads and Billheads
See all