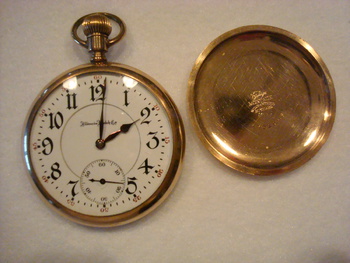 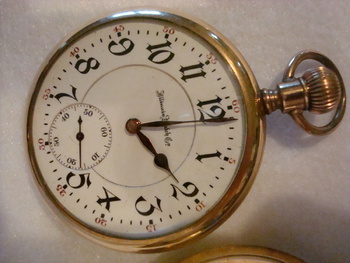 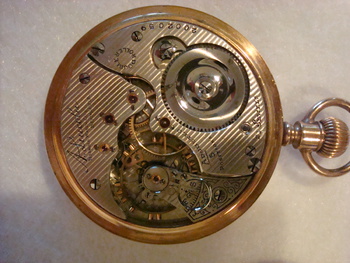 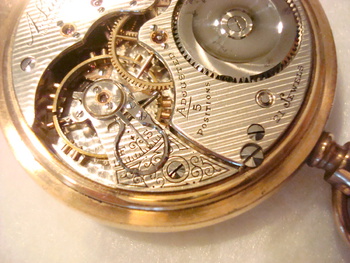 We are preparing to pass along great grandfather's pocket watch to great grandson. Arthur B Lyon worked for the L & N railroad, Knoxville Div. for at least 50 years, retiring in 1953. According to a note with watch, it was a company gift in honor of 50 years service. The serial number leads me to believe that the watch was made in or around 1907 which would be just after he joined L & N in the early 1900s. I cannot date the case, but it's serial number is 7731926. Perhaps the movements were made and stockpiled or perhaps the company bought a bunch of these to award as employees merited.

He began as a private sec'y to the div. Superintendent and retired as Assistant Division Superintendent. He worked alongside R. C. Morrison who was Knoxville Supt. until 1938.

The watch is 21 jewels, double sunk porcelain dial with one scratch or hairline crack on center of the seconds dial. Watch is very clean inside and case is not personalized. I do not believe this is one of the Lincoln's with the Delong escapement.

What is the model? Anyone familiar with the L&N Knoxville station and company award practices? Thank you for your appreciation for old things and your willingness to share what you've discovered. 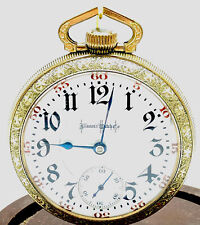 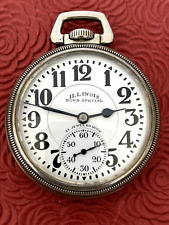