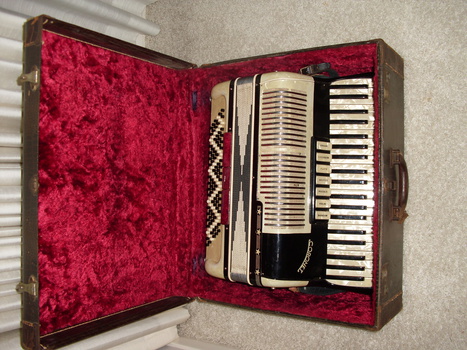 I picked this accordion at an estate sale I went to and have very little idea how much it's actually worth. It appears quite old, as it came in its original leather case and has some wear on the straps. Otherwise it seems to be in great condition, and sounds great too (despite my poor attempts at actually playing a tune, haha). I'm posting it because the prices I've seen for them vary incredibly. Other vintage Coronet accordions (which this one is) I've seen are asking between $400 and $1800 ... I paid $200 for this one, although they were originally asking $575 (was fun talking them down!). Thoughts as to what it's really worth?