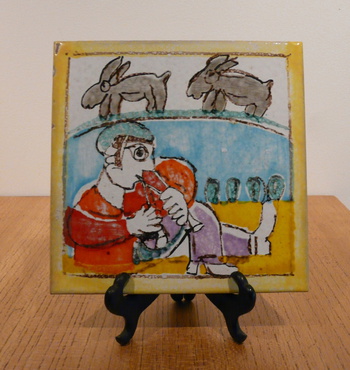 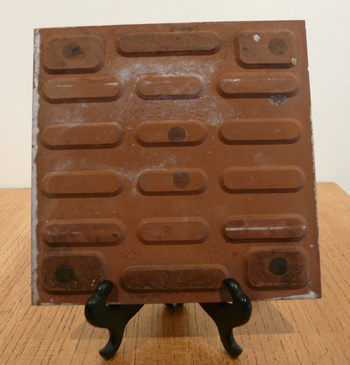 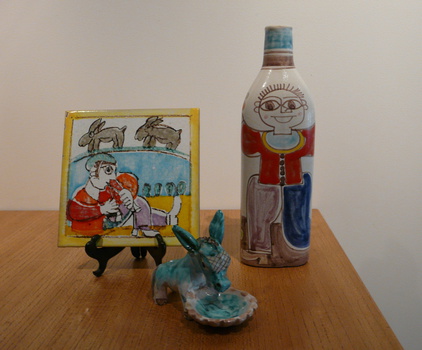 This tile came with a couple of other modernist tiles from the Salvos in Rozelle a couple of years ago. I found him again recently and put him together with my new bottle vase and the Ciuccio made for the US importers "Paul's" that I recently posted on CW.
Many thanks again Walter del Pellegrino.
This tile is not signed but I believe it is by De Simone.
I suppose by now Ciuccio is understood. But what is a "Zampognaro"?
The zampognaro is a musician who plays the 'zampogna' an instrument similar to the bagpipes. The bagpipes are played in Northern Italy and are known as 'la cornamusa', sometimes 'la piva' (Italia - Appennino piacentino e parmense), 'la müsa' (Italia - Quattro province - in le valli montane delle province di Pavia, Alessandria, Genova e Piacenza) or 'il baghèt' (Italia - valli bergamasche e provincia di Brescia).
The zampogna is found more commonly in the Southern regions of Italy: Lazio (province di Frosinone e Latina), Abruzzo, Molise, Campania, Puglia, Basilicata, Calabria, Sicilia. These days you would see the zampognari playing around Christmas time. The players come to town and earn a few extra Euros. They are often seen as figures around the manger in a 'prespio' or Natvity Scene. Nostalgic moments for the workers forced to leave their villages and find work in the industrial centres.

The 'zampogna' is normally associated with village life and they are sometimes seen at "processioni, rituali, feste e balli" , at festivals, in processions on feast days etc..

I have collected a few of the pieces by De Simone over the years. I like the vibrancy of this faience/faenza. De Simone is a firm begun by Giovanni De Simone in Palermo Sicily in the early fifties in the area around Piazza Leoni 2 ( the Jewish Quarter of this historic city). In the early days the work was mostly home-wares and decorative tiles in the traditional manner. But at the end of the fifties they were producing a much more colourful and humourous range of articles characterized by thick glazes. The firm then set up in Rome as well because of their successes where the family business continues today.

This one might be a play on a saying from the South.
Perhaps something like:
"Aspiette, ciuccio mio, ca mo' arriva 'a paglia nova.
Aspetta, asino, che sta per giungere la paglia nuova."

Or perhaps he's a hunter having a few moments to himself with those rabbits frolicking in the field. Italian Loony Tunes! 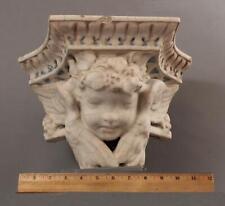 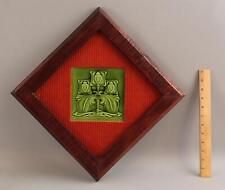 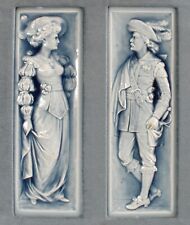 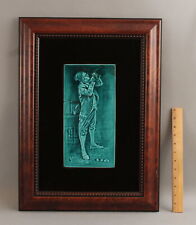