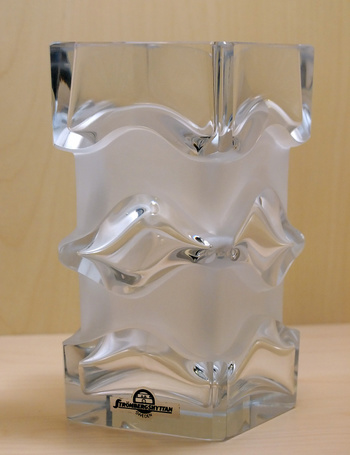 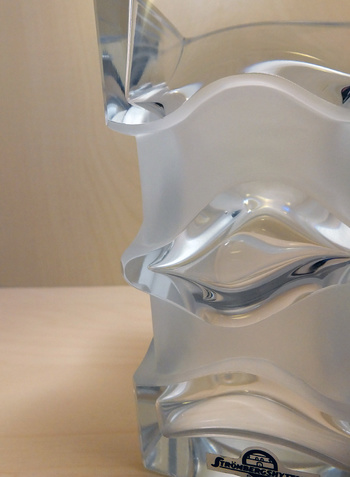 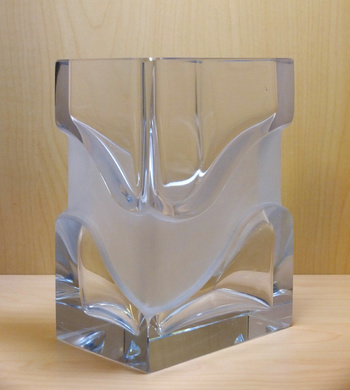 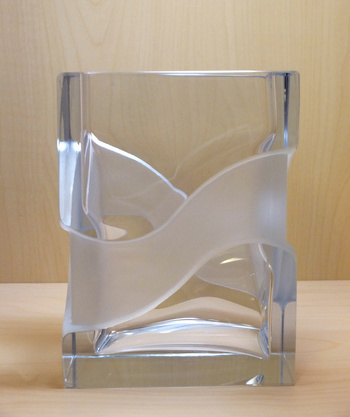 Two vases with unusual, modern look from Strombergshyttan - Sweden. Model number B1299 signed in the bottom of the lower, quadratic vase. The higher, rectangular vase is unsigned. Blue tinted and fully cutted Stromberg crystal. The recessed parts in the shape are sandblasted.

Mid or late 1970s design, according to the model number. Designer unknown, but I'm working on it. I have several contacts which I hope can answer that question, but if anyone here knows I would be happy? Speculations: I don't think this is an Orrefors design, therefore not later than 1976. Perhaps Gunnar Nylund if not later than 1975? Otherwise Anders Solfors or Asta Stromberg? Hopefully I'll get an answer within a few weeks.

Edit 2013 10 31: The designer is Anders Solfors, who worked as engraver by Rune Strand 1964-67 and after Konstindustriella skolan in Gothenburg back to glass and Hovmantorps Nya, then Strömbergshyttan in the 1970s.