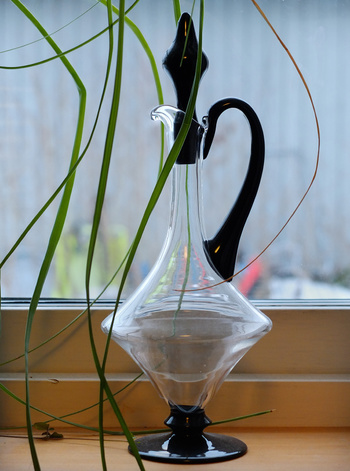 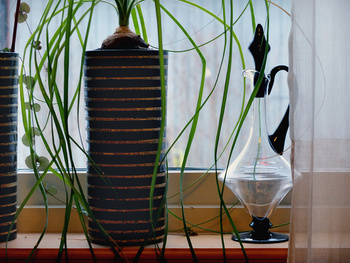 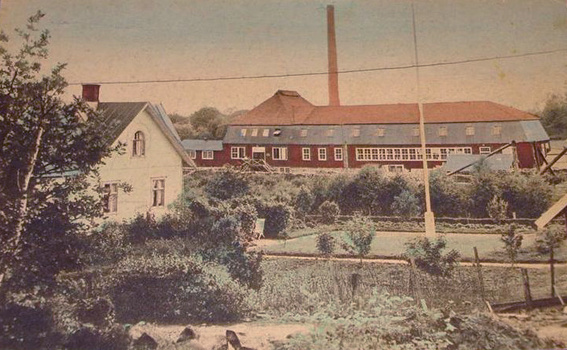 Found this liqueur decanter on a garage sales. I have seen similar design from Glimma Glassworks. Alternative can be Afors, but it's more like decanters from Glimma. Glimma glassworks in Glimakra, south Sweden (37 km from Ryd) started up in 1919 and was closed down 1969. Designers among others has been Gunnar Nylund and Erik Hoglund, but this liqueur decanter was probably made in 1920s or 1930s, before their periods in Glimakra. The Italian brothers Marcolin from Murano started in Sweden at Glimma Glassworks 1954, before Reijmyre and Ronneby (Fare-Marcolin 1961 - 1991).

This style, with clear crystal cup and handle/knob/foot in black glass, you can find in 1920's at Sandviks Glassworks, Hovmantorp (Orrefors unit) by Simon Gate and Edward Hald. Gerda Stromberg at Eda glassworks, and others, also designed glass in this style in 1920's. The picture from Glimma is a postcard, probably 1920-30s.