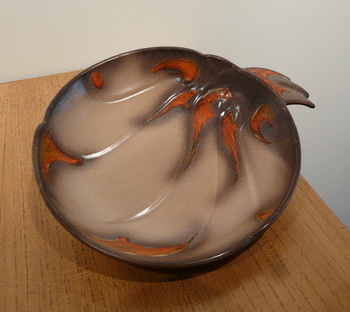 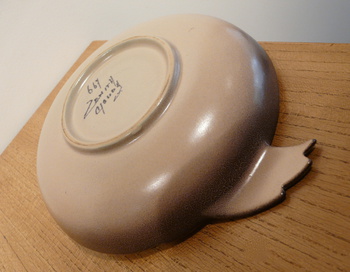 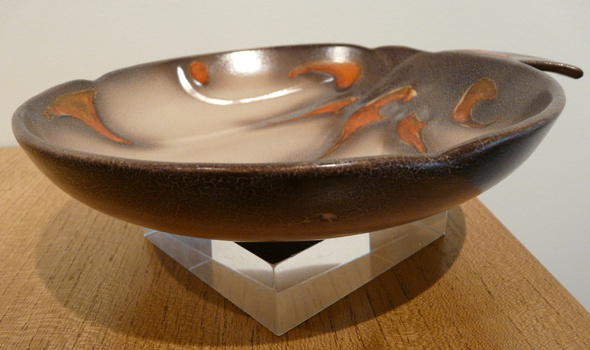 The Great Depression did not kill off production of ceramics in Holland completely. But economic circumstances forced drastic changes to what was produced. "In 1932 sales from Zuid-Holland fell sharply. This together with the general depression worldwide, made the director of Zuid-Holland, Willy Hoyng, dismiss some 160 painters. In order to make up for this loss and to try and maintain volume production, new coloured spray glazes were experimented with. The other factories also did this type of work, notably Zenith with the Willem Stuurman examples. Even after the recovery in the economy in 1937, the factories continued to make spray glazes."
http://www.goudadesign.co.uk/collectorsgallery19.html

Zenith is one of the factories that fall under the umbrella term "Gouda Pottery".

The period before and after World War I interests me. It has been the focus of my collecting for many years now. The Great Depression period saw painter/decorators being put off. At the same time the design of the wares became paramount. Decoration was kept to a minimum. In Dutch the term for these wares is: "Crisisgoed".

These days this style of ware is described as "Amsterdamse School" style. and was executed by Zenith, Gouda / the Netherlands 1932-'40.

This earthenware bowl is inscribed underneath: 667 Zenith Gouda.
Design number 667 falls out of the sequence "386-646". Those are the Zenith designs attributed to Stuurman these days. Is it a Stuurman design or is it "in the school of Stuurman"?