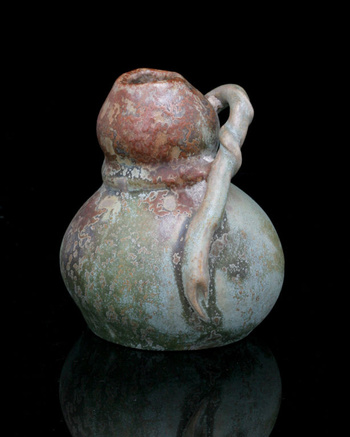 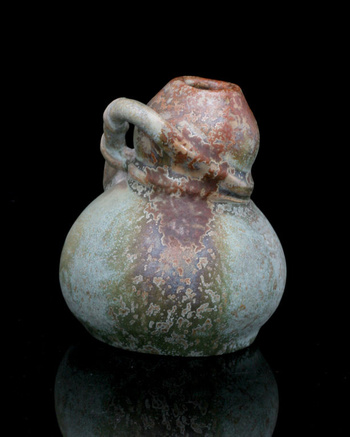 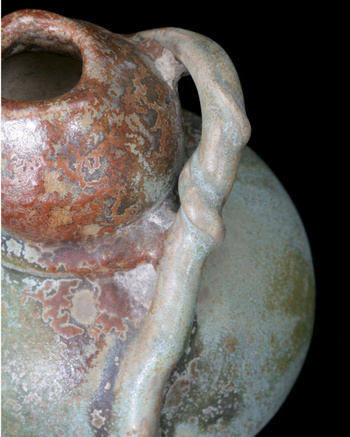 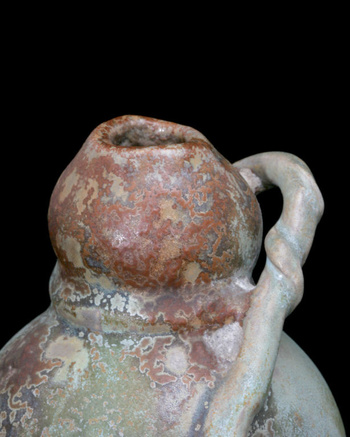 Beautiful tones of green, brown, blue, purple and ochre combine spontaneously on this charming late 1890s double gourd vase by French Art Nouveau ceramist, Jean Langlade (1879-1928). The sculptural vine that wraps around the piece forms both a subtle whiplash line and a small handle, suggesting that this was meant to serve as a pitcher. Marked "Langlade" in script on the base, partially obscured by glaze. 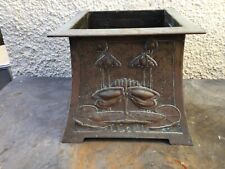 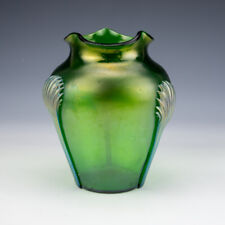 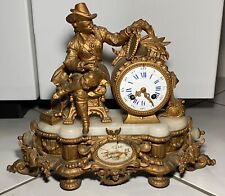 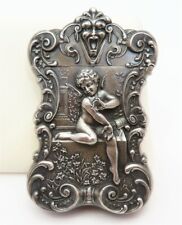