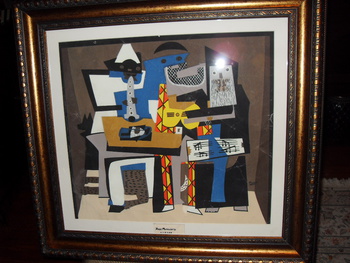 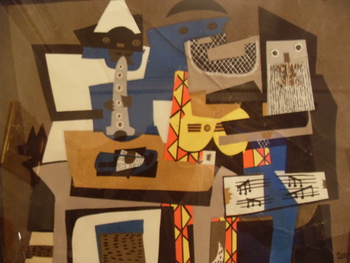 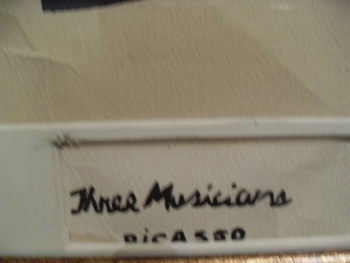 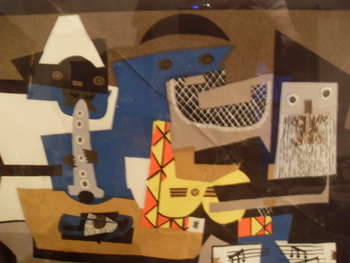 ABSTRACT PICASSO OF FIGURES PLAYING MUSIC ( 19X13 INCHES); UNFRAMED;
This poster is of Three Musicians, by Pablo Picasso. An example of the Synthetic Cubist style, it shows Harlequin, a Pierrot, and a monk, who are generally believed to represent Picasso, Guillaume Apollinaire, and Max Jacob, respectively. The Pierrot (left) is playing a flute or other woodwind instrument, the Harlequin (center) is playing a guitar or other stringed instrument, and the Monk (right) has a sheet of music in his lap. Pablo Ruiz Picasso (October 25, 1881 - April 8, 1973) was a Spanish painter and sculptor. One of the most recognized figures in 20th century art, he is best known as the co-founder, along with Georges Braque, of cubism. Picasso\'s work is often categorized into periods : the Blue Period (1901-1904), the Rose Period (1905-1907), the African-influenced Period (1908-1909), Analytic Cubism (1909-1912), and Synthetic Cubism 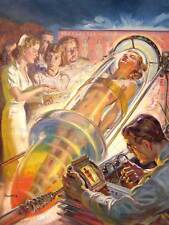 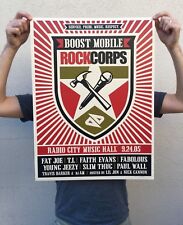 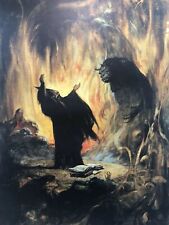 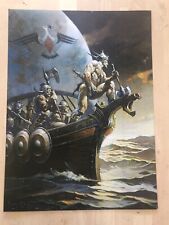