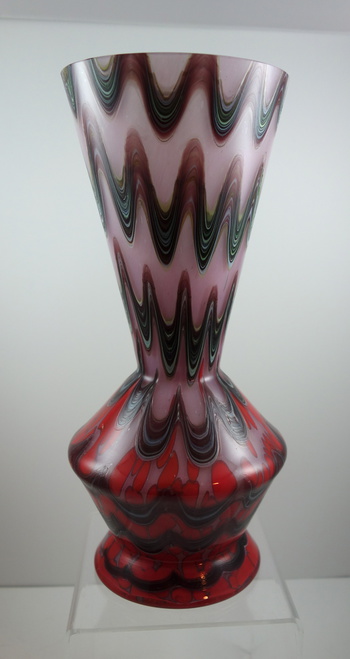 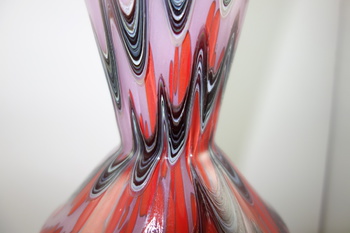 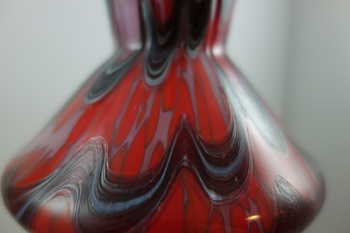 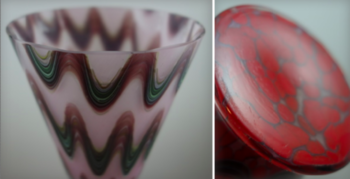 Walt Disney, in the 1950s, was not the first company to employ imagineers, nor was it the first company to use this particular portmanteu- the term imagineer was first used by the Alcoa company in the 1940s to describe its blend of imagination and engineering. The term would have been right at home ten years earlier in Czechoslovakia, when the variety of colors and textures in Czech glass rivaled anything Disney himself could have imagined.

Here is a spectacular example of furnace decorated glass being made by Kralik in the 1930s. This is a large piece - a full 11 inches tall, 4.5 inches wide at the mouth. The decoration has a three dimensional quality - the inner layer of clambroth with red oil spots is encased in a moderately thick layer of clear glass, over which purple glass threads are applied in a wave pattern before blowing out into shape. Pieces in this "Wave" pattern were done in many color/shape combinations.