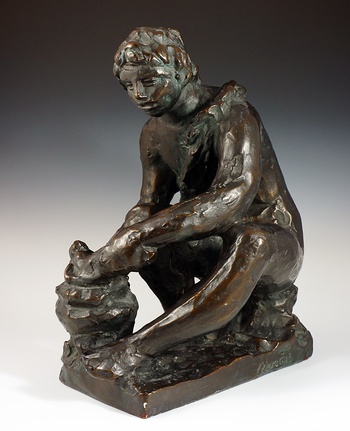 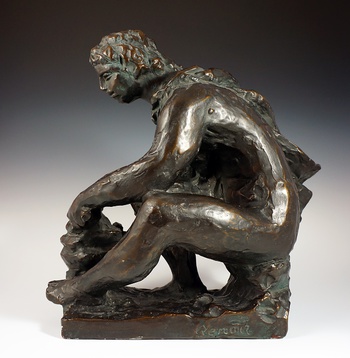 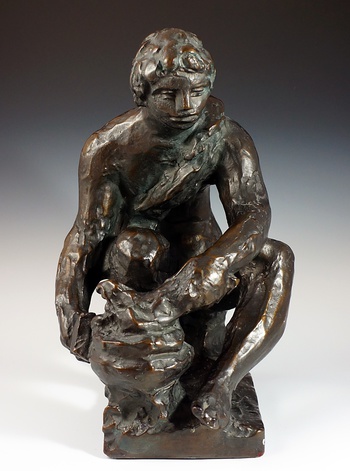 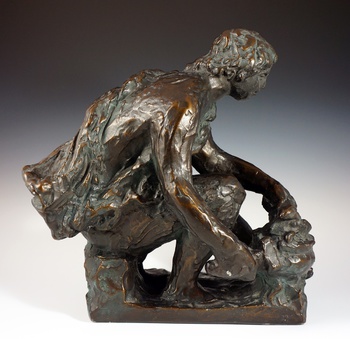 Circa 1955 Detroit Institute of Arts (DIA) bronze museum reproduction by Museum Reproductions, Inc. Company, New York, NY. Signed Renoir on left side of base and additionally signed Alexis Rudier w/ DIA ® stamp on the back of the base.

Around 1892, Renoir developed rheumatoid arthritis. Renoir painted during the last twenty years of his life, even when arthritis severely limited his movement, and he was wheelchair-bound. He developed progressive deformities in his hands and ankylosis of his right shoulder, requiring him to adapt his painting technique. During this period he created sculptures by cooperating with a young artist, Richard Guino, who worked the clay.