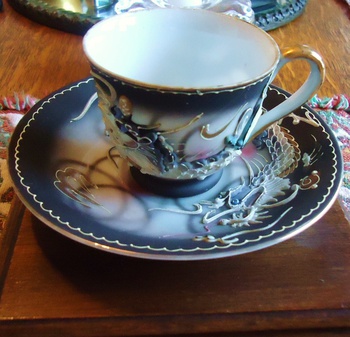 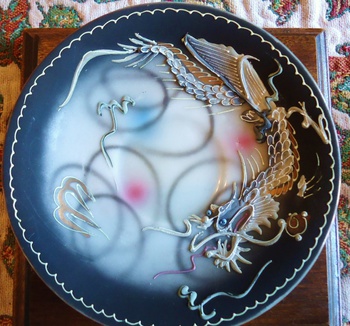 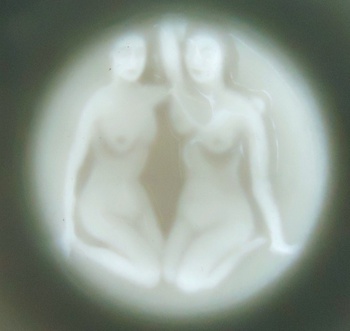 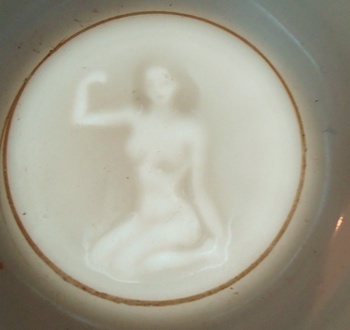 From Internet: “Loving Geishas” which depict two women and the “Elaborate Geisha” who looks alluringly over her shoulder with intricate detailing including strands of hair and brocade collar. Rarest and most sought after though are the nudes, single and double figures in classic pin up poses or reclining. The most interesting to me is the one called the “Posing Nude” who sits naked with her arm held bent at the elbow to show her muscles—she seems to be saying “you can look but don’t touch!” HELLO! I just received this cup!!! Japanese Dragon cups! I have two now!! I posted other before with the one beauty! Now I have 2 cups and 3 beauties! I only wish my camera would take clearer photos! Thanks for looking! DonLithophane is an invented word formed from the Greek for stone, litho, and phanes, meaning appearance, so translated is “appearing in stone”Now these lovely geisha cups are nowhere near that old. The Japanese began creating them in the late 1800s and continued until the 1950s. The cups are usually quite thin and the picture is created by varying the thickness of the porcelain in the bottom of the cup.