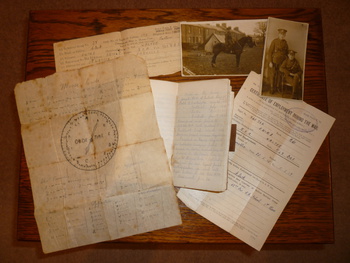 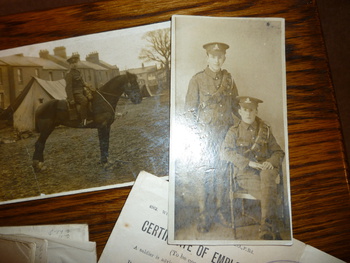 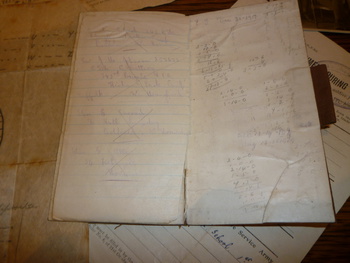 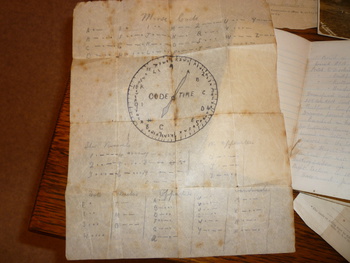 Local WWI soldiers paperwork, consisting of photographs, one showing him (sitting)and a friend, another showing his officer on horseback. His wartime diary, showing he was a signaller, and fought in several areas including the Somme. A note states he was wounded. A very poignant reminder of WWI are the names and addresses of his friends which were crossed out as they were killed. (Most are crossed out!!!!!). Particularly rare, and a fantastic item (I think) is his original thin paper decoder for the Morse code, given that they had to try to keep signals unreadable for the Germans, I have been told that the clock face on the paper would allow them to change the Morse code in some way at different times of day. To think he carried this in battle, in the trenches and it has survived is remarkable. Also included are his discharge papers.