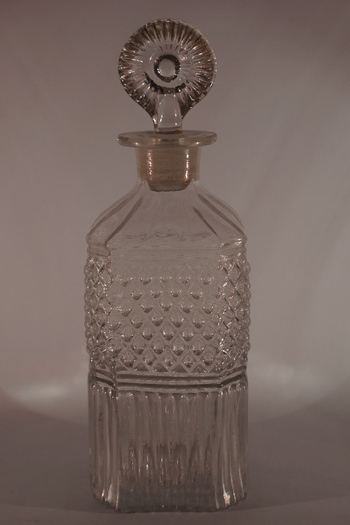 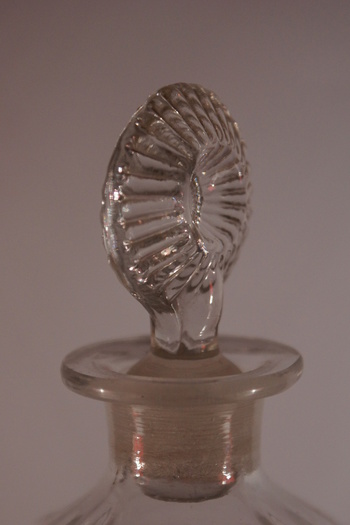 This is a square mould blown decanter, with a pinch moulded fluted bullseye stopper, circa 1820s-30s. The moulding is patterned to imitate fluted and hobnail cutting.

Whilst I have called this a decanter, technically its a spirit bottle. Decanters are for decanting wine or port into, this is intended for spirits, like whisky or rum. This would have originally been on a stand with 2, 3, or 4 other spirit bottles. Virtually identical American models of this spirit bottle were made, but were 10 years later, i.e. 1830s-40s. When this was made, they were cheap virtually throw items made for the lower classes. Square ones are quite rare, I hardly ever see them. The barrel shaped ones are a bit more common, but still rare.