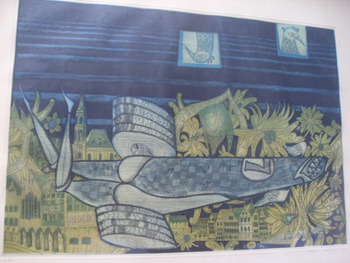 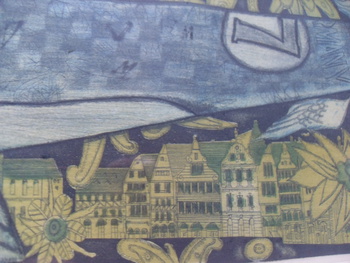 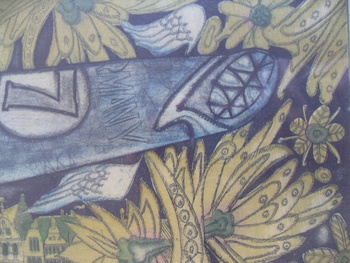 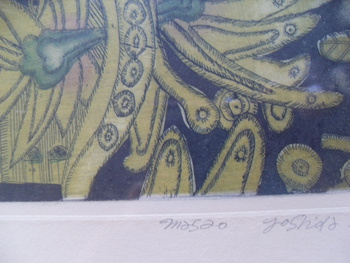 Masao Yoshida, a fertile imaginative artist of modern print making, often express themselves in a combination of realism and fantasy. The artist’s skill in this is exhibited by his ability to compel logic to the point of absurdity, to be simultaneously original and mysterious, sophisticated and homely. …The artist’s skill is seen above all in his painstaking use of color to heighten the fantastic effect.

Masao Yoshida was born in Tsuchiura-Shi, Ibargi Japan in 1934. In 1956 he won the Nika-kai Prize for New Talent and the Nika Prize in 1957 and 1960. He left Japan for Europe and worked in Paris at Stanley William Hayter’s Atelier 17 between 1961 and 1963 where he studied intaglio printing. He exhibited with the Atelier in New York, Copenhagen, Rome and Tokyo.