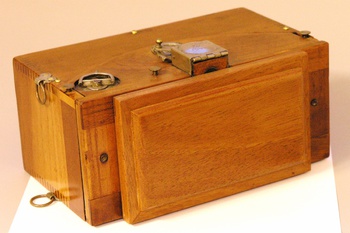 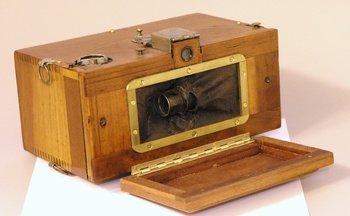 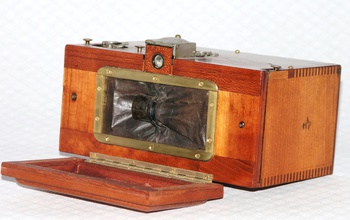 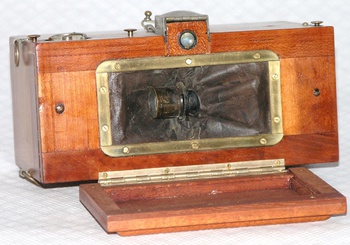 Rob's Panoramic Cameras reminded me of this humbler version that Kodak produced; you don't need to be a collector to see that it is not quite as it left the factory; let me tell you a story. This camera came to me free of charge; nobody would have paid one cent for it. It was a poor broken orphan of a thing, supposedly covered in leather except that 75% at least of the leather was missing and the other 25% was in tatters. But the wood underneath looked good, (like mahogany to me), and because it was a well-meant gift from someone who knew I collected cameras, I decided it had to live. So I stripped it to the bare wood and polished it, and replaced the front cover which was absent. Well, I think it looks good, anyway, although a Kodak collector would probably accuse me of sacrilege, even if the only alternative was the tip. I call it the only "Tropical Panoram" in existence. Just my bit of fun, but the serious question is, why would anybody carefully craft a camera out of such beautiful wood and then stick black leather all over it, in the first place?