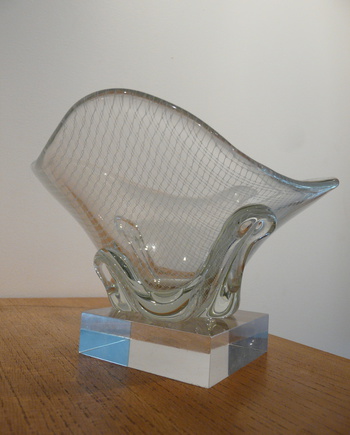 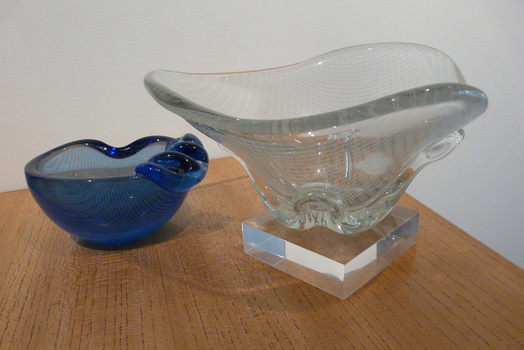 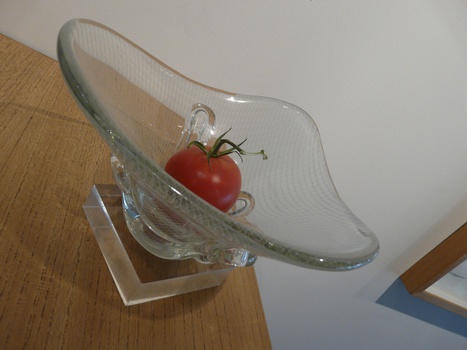 For some reason there are some things that I have never got round to posting on CW. They have been kept back because they really are favourite items. Describing them and sharing them is hard. This is one such item.
I have two pieces by MILAN METELÁK for HARRACHOV as part of the HARRTIL RANGE . This one I've had for twenty years!

It's Harrach from around 1955. The range of wares is called "Harrtil" and was designed by Milan Metelák and Milos Pulpitel. This one I use daily for a tomato or other single pieces of fruit. It looks like the fruit is being trapped in a net, scooped out of the water. It's a great and cheap way of adding colour to the room.