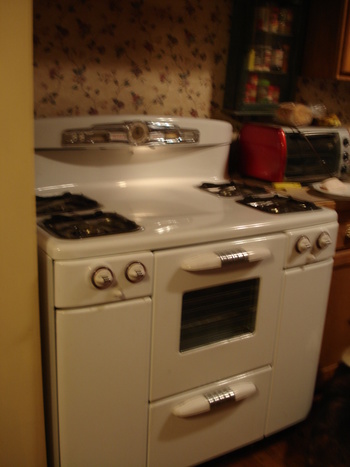 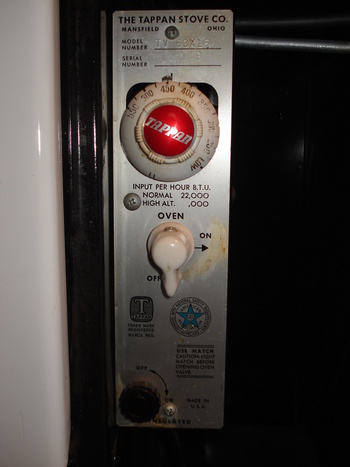 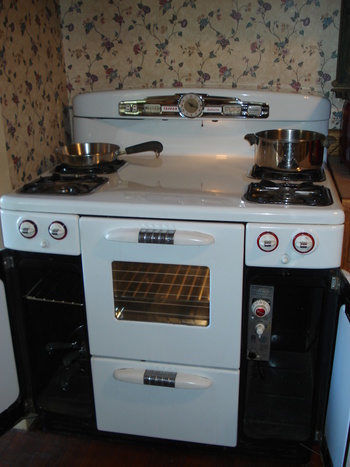 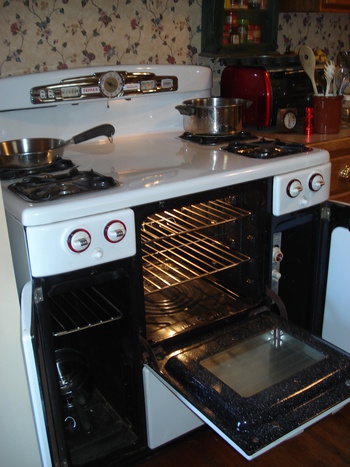 This was purchased in October 2010 in great working condition. It is from the late 1940s - early 50s. The porcelain and chrome trim is beautiful. There is one large burner, 2 medium and one small burner. There are two storage spaces on either side of the oven, the broiler drawer is beneath the oven. The oven controls are in the right side compartment. The oven needs to be lit with a match, there is no oven pilot light on this model. The clock is disconnected, so I don't know if it works. The lights on top and in the oven work. The burner covers are stored in the doors of the compartments - one can be seen in the last photo.There are ruby glass rings around the burner knobs - these light up on some Tappans but not on mine. There are no switch boxes under the burner knobs on my model - possibly they were removed or the ruby rings were added later? I love this stove - it works very well and it cost us less than the moderately priced gas stoves we were looking at. If the electric power goes out, we can still cook!