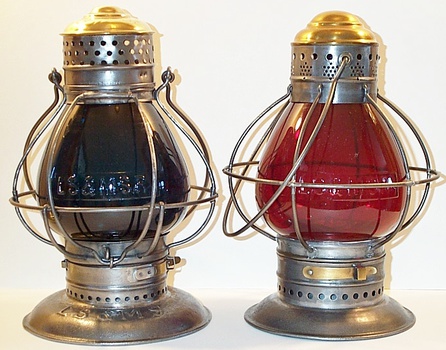 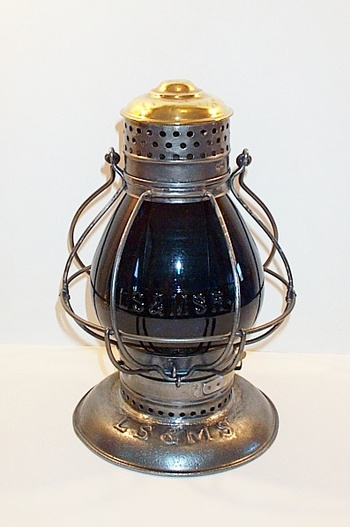 Two early LS&MS railroad lanterns made in Buffalo, NY, by Bonnell and partners. The lantern with the ruby globe is a fixed globe model made by Bonnell & Gridley around 1869 (the year of LS&MS incorporation, and the last year of the maker's partnership). It bears two hallmarks on the underside of the base that read "Bonnell & Gridley MAKERS Buffalo, N.Y., and "PATENTED May 28 1869." The lantern with the green globe is the flip-cage PRINCE model and was made by successor Parmelee & Bonnell. It has an 1874 patent date stamped into the chimney cylinder, and the globe is removable via a hinged chimney that rotates backward with two vertical guard wires, allowing the globe to rotate forward and out of the lantern....a clever design. Early versions of the PRINCE had a chimney bail; later versions had frame attachments for the bail. 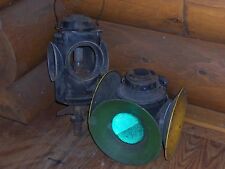 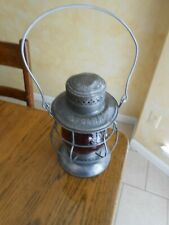 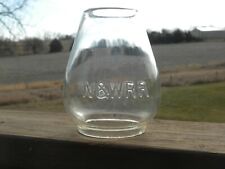