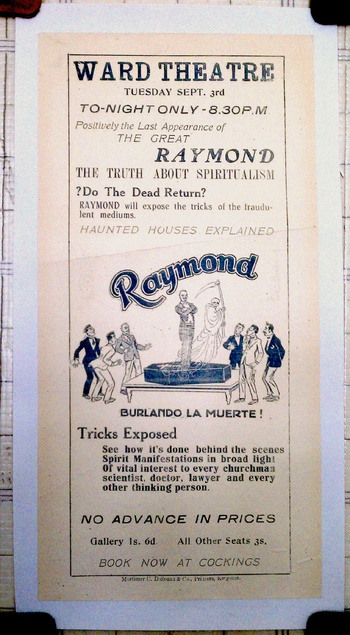 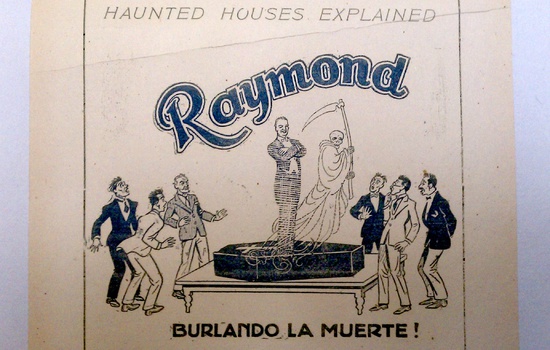 This is an original handbill advertising "The Great Raymond" show from my private collection of Magic posters. This handbill measures approximately 8" x 15" and advertised "Positively The Last Appearance of The Great Raymond" in a 1 night only show on Tuesday September 3rd, 1929 at the Ward Theatre in Kingston, Jamaica. Subsequently, it was NOT the last appearance of Raymond.

Maurice Francois Raymond (1879-1948) toured the world as The Great Raymond. He began performing as a young man in the United States, but achieved success first in England. Raymond played in the Vaudeville circuits and in 1910 he made a tour of Australia, spending considerable time in the Far East. He also visited Japan, China, Manila and Hawaii.
One act that Raymond was known for was his "Mytempsicosis — fastest trunk escape in the world", performed with his wife, Lipzka.