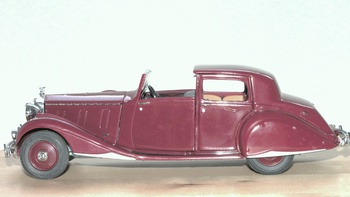 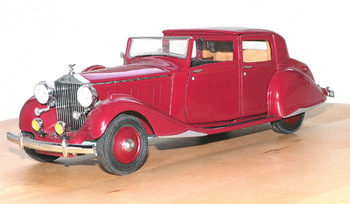 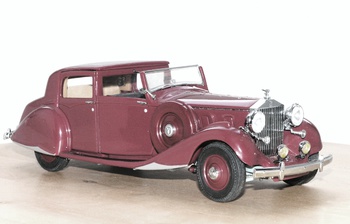 Referring to rniederman's posting of a Rolls-Royce used in Guinness advertising: Rolls-Royce would supply a rolling chassis onto which the client could have his own choice of bodywork built, or their dealerships would supply a ready built car that the client could order to have the entire body removed and a new one built on to his own requirement. That is the class of clientele we are talking about here. American body makers tended to be more experimental and less conservative than the British builders in the designs of coachwork that they could make available. The pictures show a 1938 Phantom III of British design; the intervention of WWII did not change things a great deal in terms of appearance. The last Phantom III was made in 1941, but was not delivered to its owner until 1947.
The things that nerds like me worry about...............!