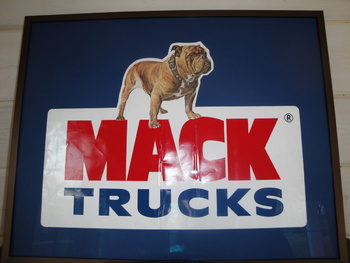 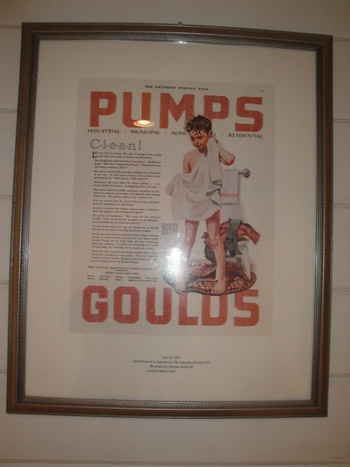 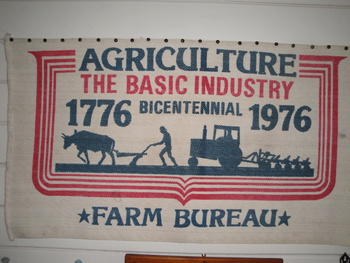 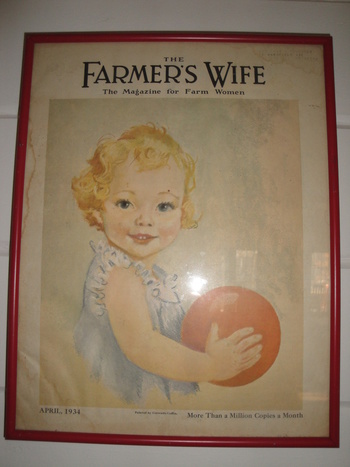 The Mack Truck Dog....Doesn't get ANY tougher than this! The extra large bumper sticker (still on the adhesive paper) belonged to my husbands' late father. He was the all-american trucker and would be proud to know his son has it on display in his man-cave. I rescued the sticker and had it professionally dressed in a metal copper frame. The Pumps Soap advertisement was in Non's attic. The cotton Rug...."Agriculture, The Basic Industry" was found in someone's garbage. How could someone throw away such a grand piece of americana!!! Lastly, "The Farmers Wife" advertisement dated 1934 was rescued by an artist in Nyack, New York. I found it at a garage sale for yet again....one dollar$$